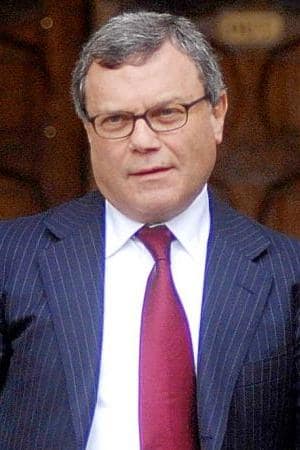 Sir Martin Sorrell has again warned that spend in traditional media channels such as TV and newspapers may continue to decline. Mobile is the likely recipient. Meanwhile, he wants to see algorithms winning Cannes Lions.

The WPP boss spoke via video link to delegates at the DNA14 conference in Sydney.

Digital now accounts for 36% of WPP revenues, he said, “so we are about double the market weight.” He reiterated previously expressed sentiments about newspapers. Citing US data, newspapers “in their traditional [print] format” accounted for about 5% to 10% share of consumer media attention in the US, yet the industry invests around double that percentage in terms of marketing budgets, he said.

Similarly TV commanded a share of about 35% to 36% of media consumption yet around 42% of budgets are allocated to it, “so there may be a shift [for] TV budgets as well.”

Mobile now commands 45% of consumer attention in the US, yet currently accounts for about 5% of marketing budgets. That mix will “have to change over time,” said Sorrell, admitting that his one regret since WPP went public was “that we did not go faster” down the digital route.

However, there was a caveat. Data partnerships with social media platforms such as Twitter suggested “consumer engagement with traditional TV is more powerful than we thought... For newspapers we may find that to be the case as well.”

Sorrell made that point at last year's Cannes Festival of Creativity and warming to the broader themes of data and awards, he welcomed the fact that Cannes Lions categories were becoming broader, with an award for data visualisation from next year.

But that change had been “a long time coming” he said, which was reflective of the industry.

Focusing on the 'ad' part of trade magazine mastheads, and not necessarily their content, he said “the fact that we still have AdAge and AdWeek is an example that our industry tends to think in stereotypes.”

It would be “nice to see algorithms win” at Cannes, he added.

Sorrell also gave a broader explanation of 'horizontality', the term he uses for business units to operate in parallel as opposed to serially, and why working with difficult people within those fiefdoms delivered better results.

“Horizontality means getting everyone to work together. It is very difficult, not just internally but within client companies, because people [can] refuse to work together. The better the people, the more opinionated they tend to be. Therefore the more they think that they are right. That makes it more difficult [to achieve horizontality]. Average people tend to be easier to work with. But all clients want the best people to work on their account and share knowledge. 'Horizontality' is an ugly word [but that's what it means].”

“Despite the fact that there are dis-economies of scale [in media buying and advertising]... if we play together we can be even more effective on behalf of clients.”

Sorrell said that while top line growth “would be modest”, he expected improvement in the Australian advertising market, which now generates around $1bn of WPP's $19bn revenues.