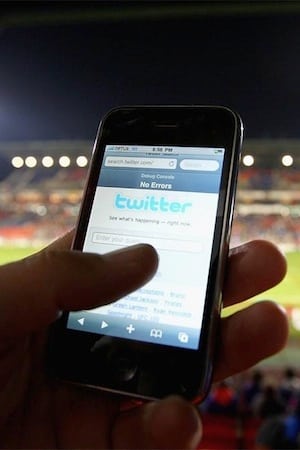 Twitter has launched Amplify in Australia. The move is part of Twitter's well-trailed plans to bring social media and TV together - and generate ad revenue from sponsored video clips.

Last year the company tied up deals with networks including Ten and Southern Cross Austereo. Deals with other Australian broadcasters - such as SBS and Seven - are in the pipeline.

Under those agreements, broadcasters push out content – such as video and audio – onto the platform which is sponsored by an advertiser. Twitter and the media owners share the sponsorship revenue equally.

L'Oreal and Samsung are on board for the Australia launch.

@CelebScoopla and @LorealParisAU are collaborating on an exclusive video program on Twitter for the Golden Globes, the Grammys and the Oscars. Meanwhile, @channelten and Samsung (with the username @SamsungStadium scheduled to be reactivated from late January) are working together to extend broadcasting of the XXII Olympic Winter Games in Sochi, Russia on Twitter.

The two Amplify partnerships will run over an 8-week period from mid-January to March.

Amplify was touted as the "sound track to TV" by Twitter head scientist Deb Roy at Cannes last year. He presented research by Bluefin Labs suggesting that social amplification could encourage people to tune back in to live TV. If someone within a social network is not watching a given programme but their friends are, “we know that it only takes a few people” within their group to tweet and the “likelihood is they will start”, he said.