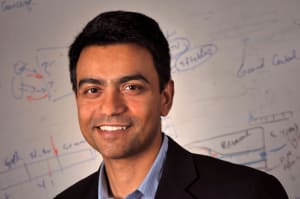 Twitter continues to tie up content deals with TV networks to drive ad revenue. In return it could give them new revenue streams and eyeballs. That's because people are quickly swayed by a “social soundtrack” acting as an amplifier that can persuade others to turn on the set, according to Twitter chief creative scientist Deb Roy.

Speaking at Cannes on Wednesday, Roy said soundtracks had long played a key role in film and television. “Without a soundtrack, Jaws is just a silly robotic fish”. Media needs a new soundtrack he suggested.

That soundtrack could be the noise created on social networks around TV shows. Measuring the spread of tweets during shows could provide new opportunities for advertisers and a new audience metric for TV networks.

Roy presented new data that showed the spread of tweets sent and read on US show The Walking Dead to illustrate his point. Unsurprisingly, most Twitter engagement happened when the program was actually on TV.

Is Twitter's 'social soundtrack' the saviour of broadcast television?

By mining tweets for keywords, Twitter can re-establish the link between tweets and shows and create a new engagement metric, said Roy.

Whereas audience reach is currently extrapolated from relatively small panel data, advertisers can quickly get a clearer picture of who is actually watching the programs. That means brands can engage in real-time with people watching the show and therefore their ad (unless they happen to be tweeting during the ad break).

And because Twitter can now embed video, networks such as ESPN could show clips of the game on Twitter, extending their reach (and inventory).

But it only really works when people are watching collectively. Time-shifted engagement is harder – it might generate impressions but not conversations, said Roy, because people are not watching the same thing at the same time.

The traditional broadcast model is a “very different picture. The audience is synchronised... they know that there is a group of people to communicate with in the same state of mind. It is a perfect storm and the data shows that.”

And if someone within a social network is not watching “we know that it only takes a few people” within their group to tweet and the “likelihood is they will start”.

“The joke is funnier when you hear other people laugh; the points scored in the game have more drama when you hear the roar of the crowd”.

And the networks and Twitter could be laughing all the way to the bank.