Once upon a time in Docklands: Myer fires exec after false CV exposed 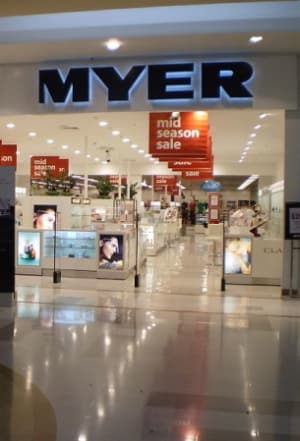 Myer has been left crimson-faced after a high profile executive it hired and announced to the ASX last week turned out to have fudged his CV.

Brought in to oversee strategy and business development, Andrew Flanagan claimed he had previously been managing director and vice president for Asia Pacific at Inditex Group, the company which owns ZARA. But the Spanish-owned textile giant has subsequently clarified in no uncertain terms that was not true.

''Group Zara Australia, the affiliated company of the Inditex Group in Australia, would like to clarify that Mr Andrew Flanagan was not part and has never been employed by the company as reported recently," the company told Fairfax Media. ''He has not held the position of managing director and vice president for Asia Pacific.''

Flanagan was hired by Myer to be its group general manager of strategy and business development and would have reported directly to chief financial officer Mark Ashby.

His appointment was lodged with the ASX last Wednesday (18 June) with the same statement announcing Daniel Bracken as chief merchandising and marketing officer and Richard Umbers as chief information and supply chain officer. A spokesperson for Myer later told AdNews that the appointments were entirely unrelated.

Myer's statement to the ASX also referenced Flanagan's "strong retail experience [which] includes serving in China as Tesco's chief operations officer as well as in merchandising and procurement roles for the Homeworld Group and Walmart."

The revelations from ZARA's parent group may cast those claims into doubt and a cursory Google search yields no related results. Myer could shed no further light but confirmed to AdNews that investigations were continuing.

The episode has some parallels with the now infamous series Once Upon a Time Punchbowl pulled from its schedule last December by SBS after it transpired that the central character had also padded his CV.

Michael LaHoud had claimed to be part of the notorious gang culture in south western Sydney and that he had spent several years in jail for armed robbery, during which time he had fathered three children while incarcerated. The partially state-funded broadcaster subsequently learned that while looking the part, LaHoud had spent less than week in correctional facilities before being granted bail and later having all charges dropped.