Comply or die: brands give into watchdog eventually 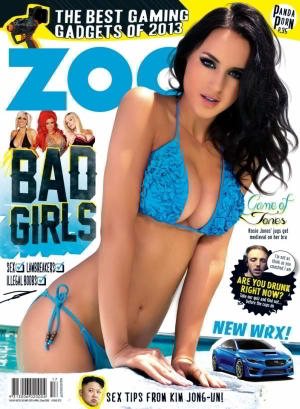 Zoo Weekly has agreed to remove user-generated content on its Facebook page which the watchdog said was "degrading" to women.

Brands refusing to comply with ad watchdog rulings are fighting a losing battle. They can try it on but will eventually be overpowered by the ASB. It is inevitable. At least, that's what evidence from the regulatory body has revealed.

Two brands which recently tried to take a stand against the Advertising Standards Bureau (ASB), Zoo Weekly and Centrepoint Tamworth, eventually wilted under pressure. They complied.

Bauer-owned men's magazine Zoo Weekly found itself in hot water last November about the content on its Facebook page. It had posted several pictures of women in their underwear touching themselves, and encouraged fans to comment on the images with questions such as "Left or right?".

Many readers responded with obscene language and sexual comments which the watchdog believed "demeaned and degraded" women. One fan, when asked to pick one of three women in different coloured bikinis, said he would choose the woman in the red bikini and she would "match his car".

However, Zoo Weekly wasn't convinced the user-generated material was offensive, nor that its Facebook page could be modified by the ASB as it wasn't classified as advertising. It argued it was simply a way for its editorial team to engage with fans.

At the time of ruling, the magazine did not specify whether it would take down the content or not, but said it would continue to review its editorial policy. Now the watchdog has revealed that Zoo Weekly has agreed to take down the comments in question.

Another brand to have backed down is Centrepoint Tamworth. The shopping centre was chastised over an ad last month, which paired a computer-generated image of woman's cleavage with the words "Double the Fun". It was promoting its 'Entertainment Quarter' and gathered complaints it was "exploitative and sexist".

The shopping centre initially refused to take the ad down, arguing it hadn't received any complaints from consumers. It also said it's expiry date was fast approaching and would be removed in "due course". The ASB promised "further action" would be taken in conjunction with the local authority.

Well, it worked. The content was removed with assistance from Tamworth council.

But it's not always that easy. While an ASB spokesperson told AdNews the industry largely self regulates, the watchdog continues to war with campervan hire firm Wicked Campers. The brand, well-known for having controversial slogans on its vans, has been slammed by the watchdog several times in the past including earlier this week, when it ruled two slogans were "demeaning" to women and "discriminatory towards homosexuals".

Wicked Campers has now stopped responding to determinations from the ASB, forcing it to contact the Queensland police for further action. A spokeswoman said was hoping to get a response from the police soon.

The ASB said that most brands were compliant with its rulings and it had a success rate of just shy of 100%.

This was highlighted by the ASB's new round of determinations, released this morning, which were all dismissed. Major brands to come under the microscope were UBank, News Limited, Fosters, Diageo, and Surf Dive n SKi.