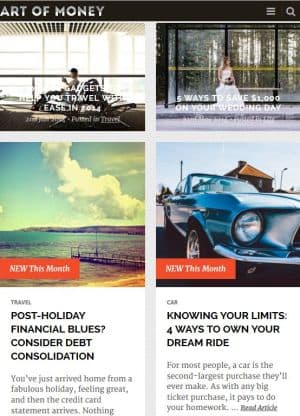 CHE Proximity is the latest agency to pile into contract publishing and branded content. The Clemenger owned unit is hiring an editor-in-chief to head up its content push and plans to have a dozen editorial staff on its books by the year end.

Brands and agencies alike are creating their own newsrooms as the push to create earned media – largely shareable, useful content to increase customer engagement as opposed to overt advertorial – gathers pace.

CHE Proximity managing director, Chris Howatson said the data-focused firm was flipping “the traditional model on its head” by taking a journalist-driven approach. He said that by using its “proprietary algorithm” the agency could use “content Darwinism” so that only the strongest content survives.

All that means is that bad content is culled, and that which is read, shared and, using attribution modelling, plays a role in driving sales, is retained and amplified.

The agency debuted The Newsroom with the launch of GE Money’s Art of Money content marketing platform in May. Mazda is also onboard.

“We brought in journalists and professional writers because it was important we get the right skillset to create the strongest, most compelling content,” said Howatson. “Pairing bespoke, not mass procured, content with other parts of the business ensures that platforms are optimised, measurable and have the highest chance at facilitating conversation.

The agency claimed its newsroom is a “market first offering”, but the reality is that agencies of all types, as well as brands, are hiring journalists and writers to engage audiences online. Traditional publishers have argued that it's not easy to create new core competencies, but the shift appears to be gathering pace, and "proprietary algorithm" or not, social media, simple web analytics and cookies make it easy to see whether content is resonating.

Broadcasters and publishers have also realised that is where the money is headed. All the major TV companies have their own content creation and integrated creative units, which last year made some 1,200 commercials for clients. Radio broadcasters are making bespoke shows for TV companies (such as SCA's deal with Ten for MasterChef Australia, The Dish). Publishers such as News Corp and Fairfax are both pushing harder into branded content and using journalists to create the content for commercial clients. Fairfax has claimed dwell times for brand-funded content are close to that of editorial.

Search agencies are also realising there is more mileage in building clients websites and writing their content for them rather than simply paying Google more to push mediocre content up the rankings.

Meanwhile the output from ANZ's BlueNotes newsroom is delivering higher than anticipated traffic with the bank planning to broaden its offering beyond the business audience.

The next step for brands could be to start selling advertising.

Meanwhile, in the US, traditional publishers have become agencies, competing head-to-head with ad agencies for client briefs.

If brands, agencies and publishers continue on the same trajectory, it could redefine the idea of a competitive set for the Australian media and advertising industry.

The latest print issue of AdNews (published 27 June) has a special report on branded content and custom publishing, looking at what the brands and agencies are up to, and what the traditional publishers and broadcasters have to say in response. Subscribe here or get it on your iPad.