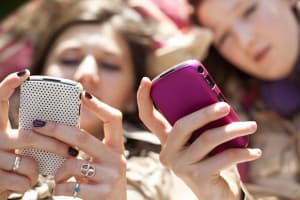 Mobile messenger platforms usage continues to rise globally, which could propose profound implications for marketers as chat platforms are largely ‘private’ experiences, with little information visible to strangers, We Are Social says in a report on digital usage.

The use of text-based chat apps such as Facebook Messenger, WhatsApp and WeChat is lower than other APAC markets and in European countries, a study executed by We Are Social marketing strategist Simon Kemp has revealed.

In Australia, Snapchat, Viber, FB Messenger, WhatsApp are the four messenger apps that make the top 10 social platforms by penetration, while globally, WhatsApp, FB Messenger, QQ, WeChat and Skype are in the top 10.

Kemp says this could be partly because Australian telcos have historically offered free SMS as part of user contract bundles, so there are less incentives to move to ‘free’ over-the-top (OTT) text messaging apps.

With The Works investing in a messenger app startup earlier this week and Facebook rolling out bots for Messenger, there are increasing opportunities for brands to infiltrate messaging services. But if audiences shift to Snapchat, there is less opportunity for monetisation.

“This again may be partly thanks to better access to faster mobile data networks compared to Australia’s Asian neighbours, but it’s also partly cultural. Snapchat is well suited to young Australians’ behaviours when it comes to self-expression, humour, and interactions with peers.”

The report finds there are 15 million “active” social media users (62% of the population). Of those users, 13 million are accessing social through mobile.

FB Messenger is the most popular messaging app, with 43% of the population using it to communicate. WhatsApp follows with 22%, Snapchat at 15% and Viber with 14%.

Globally, Facebook continues to dominate the global social platform rankings with more than 1.5 billion active accounts, but one of the company’s other offerings, WhatsApp, grew a staggering 50% in the past year.

Kemp says Facebook is still a major force in Australia, which perhaps contradicts some forecasts of the platform’s demise. He says the month-to-month usage increased in the past quarter.

“The demographic ‘split’ of Facebook is a slightly more interesting story though, with younger people (especially teenagers) checking in less frequently than they would have done even three or four years ago,” Kemp says.

The report finds millennials still make up the largest single group on Facebook in Australia, with people in their 20s outnumbering all other age bands and representing 28% of the total user base.

Usage amongst older people is increasing though, with the latest numbers suggesting men in their 40s have becoming the fastest growing group of new Facebook users in Australia.