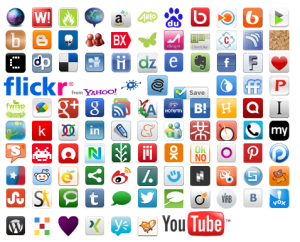 Audience fragmentation is one of the biggest challenges facing marketers as well as traditional media owners. Now it's just as big an issue across social media platforms, according to Saatchi & Saatchi worldwide head of digital Tom Eslinger.

Facebook may be carving out a sizable chunk of marketing budgets, and the total audience across all social channels are growing in aggregate. But emerging rivals such as SnapChat, and the Chinese messaging app WeChat could dice up its audience.

Eslinger said advertisers had to take note and allocate budgets accordingly. As with any other medium, “You can't just use one channel because your customers don't use one channel,” he said.

And the platforms are all working to monetise their audiences by improving ad products.

SnapChat has launched a recent update to its service that allows users to text message on its already teaming photo messaging application. That means brands can send picture and video ads to those connected with them as well as text and links. Unlike its picture applications, the text is indelible, arguably providing more value for brands.

In July this year, WeChat, the Chinese messaging app, launched a new service that allows brands to post ads on other brands’ WeChat profiles. For example, a make-up brand could post an ad on a facial cleanser brand’s profile, in order to tap an adjacent audience. The fees are shared between the developer, Tencent and the page that hosts the ads.

Eslinger believes that applications such as this are the way forward. “New players like WeChat will have more and more native content built in because a valuable audience spends time there – and it is growing.” He thinks rival applications will follow in WeChat’s footsteps, as applications increasingly seem to copy each other.

Similarly, Pinterest and Twitter have tweaked their offerings to try and make it easier for marketers to give them more money.

Pinterest’s new analytics dashboard means marketers have the metrics to justify spending. The dashboard provides data related to which pins and boards are receiving the most attention and which categories of interest get the most hits. Twitter too has altered its feed algorithm to give advertisers more exposure.

As with all changes, the latter move has annoyed some Twitter users. Eslinger said it was smart for brands to take advantage of those tweaks – provided they did not work against them with audiences and the messaging was not vanilla.

“The key is to use data you're collecting, social listening and analysis to figure out what you say in the platforms and what conversations you want to join,” he said, adding that, every channel might not be suitable, and that differentiation social platforms for brands was just as important as adjusting the message across traditional media channels.

Have something to say? Send us your comments using the form below or contact the writer at rebeccachambers@yaffa.com.au