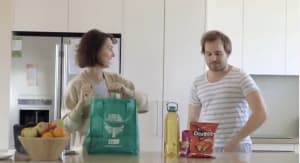 Last year Armand de Saint-Salvy was the only Australian entry to battle it out in the top 10 of the esteemed Doritos’s Crash the Super Bowl competition.

While he hasn't made the cut this year with his entry making the top 50, the director says the competition has helped propel him into adland.

The competition sees filmmakers go head-to-head in the hope of having their creative aired during the Super Bowl final and the chance of taking home a million dollars.

De Saint-Salvy's Manchild ad was chosen out of 29 semi-finalists and beat two other Australian ads to make the semi-finals last year. This year he entered again for the final edition of the Crash the Super Bowl competition, but rival Peter Carstairs took the spot for Aussies in the top three.

Formerly working for Network Ten launching spots for Australian TV shows, de Saint-Salvy accredits Doritos as the platform that launched his career and got him signed to Photoplay films. Since then, he has directed TV ads for Skoda, Hungry Jacks and Samsung and has a feature film in development.

“People in the advertising business didn't know me. It's like, you go to a party and you know one person at the party and you can either walk in and sit in the corner and drink a beer on your own or you can walk in wearing an outrageous suit and a ridiculous hat and suddenly people are like 'who the fucks this guy?' And you’re like ‘hey, I'm the cool new guy’. That’s what Doritos was like – a really good conversation starter”, de Saint-Salvy told AdNews.

“I'd been directing commercials and promos at Network Ten. But moving into advertising which is what I was doing, you need to make a bit of splash and you only get one shot at it. So luckily I had the Doritos platform to launch off.”

Weighing in on the finalists for this year, de Saint-Salvy says he’d love to see Carstairs win, but isn’t sure how the American audience will respond, with the trend in advertising leaning towards softer adverts that play on empathy.

“Last year's ads were really sincere and serious. Usually it is big entertainment, big laughs, but last year they had some really soft, straight to the heart spots.

“I hope the ads go back to being a little bit bolder and a bit riskier. I’d love to see Peter’s up there – can you imagine a women giving birth in the Super Bowl? It would get a huge reaction.”

With this year being the final iteration of the Crash the Super Bowl competition, de Saint-Salvy says he is disappointed as a film-maker because the Super Bowl has reputation of being entertaining and the Dorito's Crash competition ensures that.

“Ads have a terrible reputation; they are boring, they are intrusive. No one wants to watch ads. The only reason you would watch an ad is if you expect it to be entertaining.

“With everyone desperate to avoid ads, making something entertaining is how the ad industry will survive. Entertain first, and sell second. That’s what the Super Bowl does.”

The annual NFL showcase will be played on 7 February (8 February AEST).

Have you seen De Saint-Salvy's ads? What about Peter Carstairs ad? Watch them below. AdNews spoke to Carstairs about his entry this year. Read the interview here.