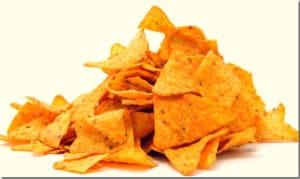 Australian film-maker Armand de Saint-Salvy is back for the second year in a row, to take on the competition in the final ever Doritos 'Crash The Super Bowl' competition.

De Saint-Salvy was the only Australian entry to battle it out in the top 10 for this year's hotly contested competition, which sees film-makers pit ad against ad in the hope of having their creative aired during the Super Bowl final.

His spot 'Sharing', joins other Aussies in the running, including 'Ultrasound' by Peter Carstairs, 'Dorito Moth' by Thomas Price and 'The Fairy' by Charles Ward.

Speaking to AdNews earlier in the year, de Saint-Salvy said the competition is great for filmmakers trying to boost their profile in the industry, having been signed to Photoplay Films after the competition.

After more than a decade, Doritos pulled the plug on the contest, announcing in September that its 2016 competition would be the final iteration of the event.

For the last time the winner of the competition will pocket $1 million and the chance to collaborate with 300 and Man of Steel director, Zack Snyder, and work with Warner Bros Pictures and DC Entertainment in a role custom-made to suit the winner’s interests. Two other finalists will receive $100,000 each.