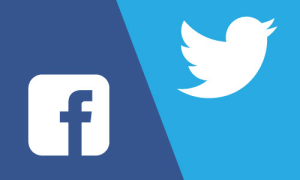 Twitter has faced an uphill battle in Australia, constantly compared to the reach and audience of Facebook, and struggling to achieve the same penetration as it has with users in the UK and US.

The company reported a net profit for the first time since its public debut in 2013 and returned to revenue growth with a profit of US$91 million on US$732 million in revenue. That’s a 2% jump on the revenue it posted in the same period last year.

The best performing social media stock over the past 12 months? …. Twitter! 👊🏽 https://t.co/sCEQukXWuQ pic.twitter.com/4w2PXyjA73

Twitter credited the small rise to increased advertising revenue (2%), stemming from the updates it made to its product over the last year, as well as video ad sales.

Despite some recent scrutiny around bots on its platform, its stock price has been up about 44% in Q4, and that jumped 74% following news of its earnings.

While Twitter Australia boss Suzy Nicoletti attributes Twitter’s strong finish to 2017 to a series of sports and entertainment deals, such as The Melbourne Cup and the ARIAs, analysts believe Twitter’s gain could be a symptom of Facebook’s recent pain.

Facebook’s News Feed update, which deprioritises content from publishers and brands in favour of friends and families, could make Twitter more appealing to marketers, as reach and engagement drop on Facebook.

It’s worth pointing out that Twitter is coming from a far smaller base than its competitors.

Another bugbear of Facebook has been it won’t enable third parties to plug in directly to its platform. Third party accreditation is something Twitter has flagged as a focus for 2018 and Nicoletti promises brand safety is “top of mind” for the company.

Twitter doesn't to split out the Australian or APAC specific figures in its Q4 earnings, but Nicoletti says this market has “gained momentum” and believes 2018 will be a promising year for the platform.

When questioned if she believes Twitter’s Q4 lift is a result of negativity around Facebook, Nicoletti says Facebook’s failing isn’t on her agenda, but is confident Twitter will stand out against any other social media platform in the live video space.

“We are confident we are going to with live,” she says.