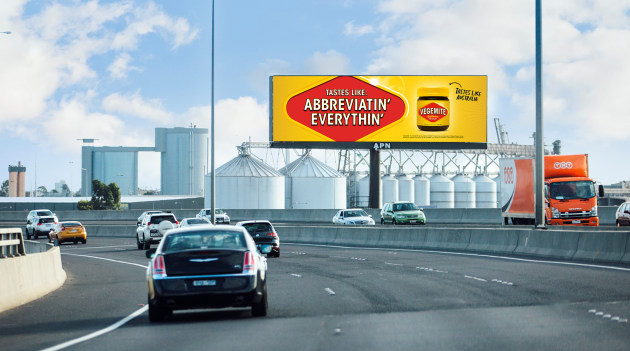 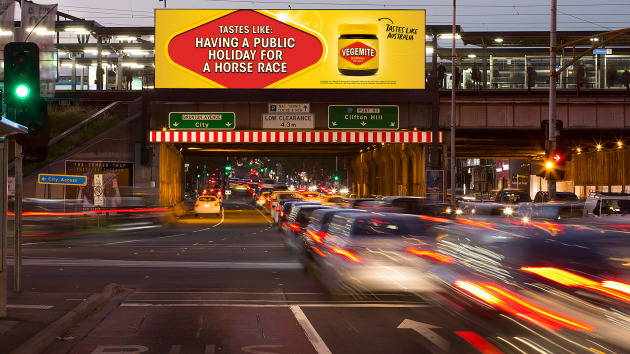 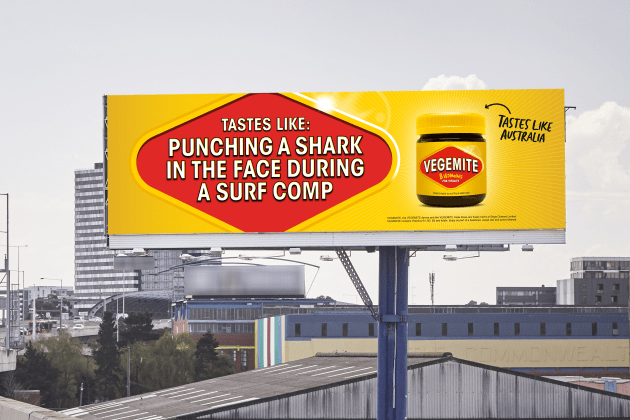 Pauline Hanson in a Vegemite ad by Thinkerbell

Vegemite is celebrating all things Australian through a mix of iconic faces and moments in its first campaign by Thinkerbell since it won the account in March.

The new brand campaign, Tastes Like Australia, is the first from Vegemite in six years and highlights all the weird and wonderful moments that have defined Australia through history.

The new approach aims to spark a national conversation on what it means to be Australian.

Thinkerbell co-founder Adam Ferrier says the campaign aims to reflect the beauty and quirkiness of Australia through its inclusion of supersized prawns and bananas to the dynamic political environment.

“The ‘Tastes Like Australia’ campaign is topical, thought provoking and aims to promote a discussion about national pride, difference and unity. And while the intent of the campaign is clear, a true celebration and embrace of our unique nation and Vegemite, there is no doubt the interpretation of the creative elements, could spark some heated discussions," he says.

Thinkerbell co-founder Jim Ingram hopes the ad will elevate a discussion about Australianism.

“It’s really about creating a parallel of distinct, memorable and iconic moments throughout Australian history against the backdrop of Vegemite,” he says.

“When we became custodians of the iconic Vegemite brand, we knew we needed to handle it with care – along with the entire Bega portfolio. Through ‘Tastes Like Australia’, we hope we’ve done Vegemite and Australians proud by representing everything that makes up this great country.”

Vegemite’s own history was redefined last year as it returned to Australian ownership by Bega Cheese Limited.  Since that moment, Vegemite has been on a mission to expand its presence launching an e-commerce line and focusing on multicultural Australia.

“It’s important we recognise that Australia is a young, diverse and multi-cultured country with a significant proportion of Aussies not having grown up on the iconic spread. This insight alone paves the way for new thinking in marketing Vegemite and our other brands,” Vegemite marketing manager Matt Gray says.

“The changing face of Australia is part of what makes our nation great, and we want to be in the homes of all Aussies, new and old. Through this campaign, we want to cement our place back on Australian kitchen tables and ensure we remain as iconic as ever. We see it as our responsibility to create new connections and moments in time between Vegemite, and all members of this great nation.”

Vegemite over the course of the last 95 years have created many iconic and memorable commercials, none more so than the advertisement with the jingle, ‘Happy Little Vegemites’. The jingle receives a small nod towards the end of the new spot as a reminder of the role it has played in the homes of Aussies for generations.

The campaign spans TV, cinema, outdoor and digital with distinctive ‘Tastes Like Australia’ billboards posted across the nation with iconic shots from surfers punching sharks to scenes from the Melbourne Cup.