Samsung, Amex and Nestle named and shamed at Shonky Awards 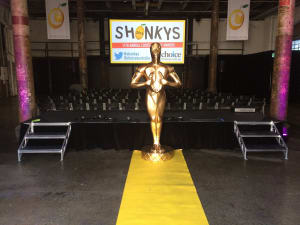 From exploding phones to camel milk, this year’s Shonky Awards have named and shamed Samsung, Amex, Nestle and Kellogg’s for questionable products on the market.

“The Shonkys are the awards that we’d prefer not to give out — but yet again, we’ve caught out some of the world’s biggest brands with misleading advertising, dangerous products and sneaky tricks to rip off consumers,” Choice CEO Alan Kirkland says.

This year, Nestle was called out for health washing Milo when it is actually “delicious chocolate dirt” and not a core dairy product with a four-and-a-half health star rating.

Samsung maintained its shonky status for the second year for releasing 51,060 potentially dangerous smartphones on the market and Amex was shamed for an elaborate ploy to get Aussies to pay more for everything.

Cash Converters was deemed dodgy for promoting its payday loans under the disguise of handy cost-cutting tips and Bondi to Blue Mountains was called out for literally selling thin air.

Choice found Kellogg’s Pringles had upped its price, fooling buyers into believing they were getting more for their money despite a shrinking pack size.

While not every Shonky Award winner may be breaking laws or breaching regulations, Choice believes that consumers deserve better products and services, and the 2016 lemons are ripe for the picking.