Quotas should be used as wrecking balls to smash paradigms 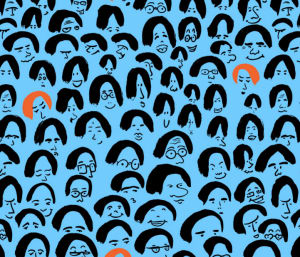 The status quota - Is there merit in merit?

Quotas should be used as a wrecking ball to smash paradigms in the creative industry, believes Thinkerbell founder Adam Ferrier.

Speaking at a Vivid event this morning, which debated whether merit or quotas are the best solution to tackle gender diversity, Ferrier defended quotas, saying they don’t always need to be enforced, but the threat of quotas needs to be on the table for agencies that aren’t doing enough to achieve a diverse workforce.

Ferrier said that unconscious bias runs so deep that gender quotas are the only way to put an end to the boys' club in the creative industry.

He used the example of ABC show Gruen as positive reflection of quotas, which introduced quotas in the show to offset the gender imbalance of the panel.

However, Carolyn Miller, founder of indie agency The Honeycomb Effect, argued if Gruen was serious about tackling diversity it would have replaced the main hosts Russel Howcroft or Todd Sampson with a woman.

“That to me is exactly where the problem lies,” Miller said, adding that introducing quotas lead people to believe they are doing the right thing, but not actually enforcing real change.

“The best way to achieve diversity isn’t through quotas. It’s one solution, but it’s not the best solution,” Miller said.

Miller admitted the industry is yet to find the best solution yet.

Ferrier and Miller were the first two speakers on their teams of creative who fought for and against quotas and merit.

“I’ve sat in in board rooms where no one even looks at me because I’m a female," Burhop admitted.

“Quotas are a gateway drug and we need to enforce them with an iron fist… Yes, they are a last resort but we've reached that point."

Founder of Thiink consultancy Mike Beckerleg said that quotas “fail to address” the root of the problem.

He debated the industry needs to get serious about reassessing the hours and expectations of creative positions to better facilitate for women.

“Quotas signal tokenism”, Beckerleg said. He questioned how women would be able to avoid the stigma that her ovaries got her the gig if quotas are enforced.

Loud Communications Group CEO Lorraine Jokovic backed Beckerleg and said quotas have the potential to damage the credibility of women who are in the industry.

“We wholeheartedly support gender diversity but that diversity only comes when unconscious bias is called out… When we have full work place flexibility and when merit is fair and balanced and when both genders are rewarded in parity,” Jokovic said.

All About Eve founder Linda McGregor delivered the final debate for the quotas team, arguing that simply wanting to improve diversity via merit is a nice thought, but it’s yet to work.

“It's how you wield the sword, it's a necessary evil but it doesn't have to be a threat if it's wielded the right way,” McGregor said.