Why we’re witnessing the birth of work 3.0 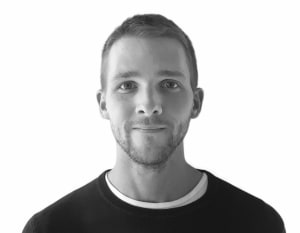 Alec Barr is head of experience and service design at CHE Proximity.

As we make the transition back to some semblance of familiarity and routine, we face the question of what exactly ‘normal’ will look like for our working lives industry-wide.

Advertising agencies – and other creative professions – have long thrived on open-plan office arrangements. Places engineered to incubate collaborative, innovative thinking. Spaces in which to display work, wow clients and foster communal culture. However, many critics of the model have argued it does the exact opposite, citing the ‘Ringlemann effect’: a tendency for an individual to become less productive when the group they’re in grows bigger.

With 88% of Australian businesses encouraging or requiring employees to work from home (also known as distributed working), we’ve found ourselves in a Brave New World of work we couldn’t have foreseen just a few weeks ago. A key point here is that COVID-19 is the great leveller; this temporary shift has affected everyone equally – from junior copywriters to CEOs. But by and large, this rapid dismantling of traditional working models has shown one thing: distributed working, well, works.

Perhaps the ease at which we’ve slipped into this new arrangement shouldn’t come as a surprise. Self-determination theory teaches us that the formula for existential satisfaction lies at the intersection of mastery, purpose and autonomy.

At home, an individual has the freedom and agency to control their environment in ways that allow them to work most effectively. In a conventional office, many of these elements are completely out of our control. Most of us don’t get a say in things like temperature, access to private bathrooms and the presence (or absence) of pets – let alone the ability to work in our pyjamas.

Data shows that distributed working correlates to higher levels of job satisfaction and lower levels of absenteeism, resulting in a 13% boost in performance and an overall saving of a billion dollars per year.

Does this mean that agencies across Australia will pull up stumps on their leases, shutter doors and invest heavily in virtual meeting rooms? Probably not. (Although global companies like InVision are using this model).  As anyone who’s experienced the frustration of a lagging video call can attest, the distributed working model isn’t without its challenges. In fact, there’s evidence to suggest these technological delays actually have the unintended consequence of causing us to perceive our co-workers as unfocused or unfriendly.

But with office spaces likely needing to be redesigned to accommodate some form of social distancing for the foreseeable future (farewell, communal snacks), we’re presented with an exciting challenge – and a significant opportunity, if we’re willing to rise to the occasion.

What’s my prediction? The way forward lies in a hybrid model: agencies transitioning to a split between distributed and local working, likely on a rotating basis within teams. In such an arrangement, we may find the elusive balance between efficient productivity and shared creative culture.

Still, it’s worth considering how we can build on this not just to suit our new reality, but also to thrive in it. The emphasis of the past month has been on replicating conventional offices in a distributed model as employees across the industry scrambled to set up at home. As we begin to chart a path forward in an economy that bears no resemblance to the one of just six weeks ago, it’s clear that this way of working can – and quite possibly needs to – be improved.

We have a huge opportunity to disrupt the prevailing work mode with an asynchronous model that allows employers to draw from the global talent pool and streamline production between regions across the world. For example, a team with workers based in Australia, Europe and America could achieve in 24 hours what it would take three days to accomplish in any single region, provided the hand-off between time zones was well-managed. Unshackling workflow from localised place or time could fundamentally change how we function. Such an arrangement would also hold potential to open global revenue streams in a market where the prevailing financial rhetoric is touting an increasingly localised economy.

Given that global circumstances have caused many to try – and, subsequently, enjoy – distributed working, it seems unlikely that we’ll revert to a traditional model post-COVID-19. If we do, it’ll be against the dominant discourse and at the reluctance of the masses. We’ll be going back to work soon enough, but almost certainly not as we know it.