Why the marketing industry should be celebrating the budget, according to behavioural economics 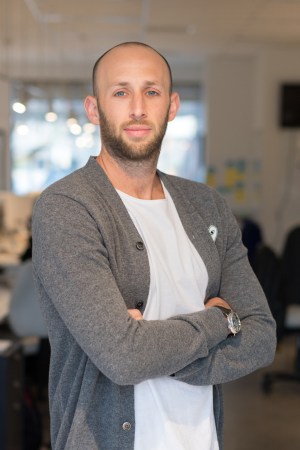 Dan Monheit is co-founder and director of strategy at Hardhat.

It is the windfall moment that neither the general public nor marketers were expecting. The Federal Government is going to make it rain across the nation by rolling out its planned 2022 tax cuts this year. Australians will receive, on average, a $30 per week tax cut in an attempt to stimulate the economy, already ravaged by the pandemic. But what makes this incredibly significant for the marketing industry is the fact that payments will be backdated to July 1st, meaning consumers will have a significant lump sum of disposable cash in their pockets before December.

But how are they going to spend their latest windfall? Save it up for an even rainier day, or splash that cash where the economy needs it most? The Federal Government is banking on Aussies being susceptible to a concept from Behavioural Economics known as Mental Accounting. Like many other behavioural biases, it makes little difference whether we’re sitting at the top end of town raking in the cash, or a battler just getting by, the way we think about unanticipated funds tends to be the same. We’re down to spend it and spend it fast.

At the core of Mental Accounting is the idea that despite money having an objective value, the way we've earned that money and, subsequently, the way we spend it, is based on subjective criteria. The concept of Mental Accounting was introduced in 1999 by American economist (and Nobel Prize Winner) Richard Thaler, in a paper creatively titled "Mental Accounting Matters". Thaler theorised that people treat money differently, depending on factors like where the money came from and its intended use, rather than thinking of it in terms of the “bottom line”.

It’s this illogical reasoning that sees people carry out common, but completely irrational things like hold money in a low-interest savings account ‘for a rainy day’, instead of using that money to pay off their high interest credit card debt.

Mental Accounting is also behind our tendency to mentally file money into different categories, based upon how it arrived in our bank accounts in the first place. If you’ve received a tax refund, a bonus, a win at the casino or an inheritance, you may recall there was a different way you thought about - and spent - this ‘windfall’ money, compared to how you spend your monthly hard-earned. That expensive watch, handbag or necklace just seemed a little bit easier to purchase when it wasn’t coming out of our regular paycheck.

Of course, none of this makes any logical sense, given that money is fungible. Any two units are equal and interchangeable, meaning that $10 earnt buys the same as $10 won, $10 found or $10 saved. If we were rational creatures, we’d value every dollar equally. Whether you’ve earned that money from hard graft at your job, Lady Luck gracing you with her presence at the Blackjack table, or received it from your Auntie June in an overtly floral card on your birthday, a buck is a buck is a buck, right?

Not exactly. Mental Accounting reveals that there is an inherent bias, especially when it comes to ‘windfall’ money. In the Bank of our Minds, there seems to be far less guilt associated with spending money that turned up unannounced, making us far more likely to spend it freely and frivolously. Studies have shown that people are more prone to spend these pennies from heaven on luxury goods than on essential items - something the Rudd government must have known when they warded off the 2009 GFC with $900 cheques for every man, woman and child.

As we head into the most ‘unprecedented’ festive season on record, brands are right to be wondering just what the big guy will be bringing down the chimney for them, and as a result, just how hard to push between now and then. While there’s lots still up in the air, we should be feeling optimistic, knowing that the people of Australia have just received a birthday card fat with cash, not from Aunty June, but from Uncle Josh. The way they spend it could very well come down to what you do between now and then, so whether you’re selling lipstick, laptops or lawn chairs, it’s time to get busy.