Why the government’s money wasn’t completely wasted on influencers 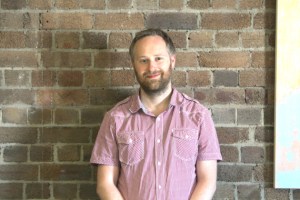 The Federal Government’s decision to ban the use of all influencers from future campaigns is a classic political end to from a media expose.

The Daily Telegraph’s revelation that the Health Department spent over $600,000 on influencer marketing for the #girlsmakeyourmove campaign would, on the surface, seem like a supreme waste of taxpayers’ money that involved paying a group of Instagrammers up to $3,000 to post a few photos.

But before we all sharpen our pitchforks, light our burning torches and send angry Tweets in the direction of our elected representatives, let us, as marketers, do a spot of campaign evaluation. Because with the advantage of hindsight, it looks as if the team behind the influencer element got their strategy broadly right, only for the work itself to go somewhat awry when executed.

#girlsmakeyourmove is, of course, an Australian version of the hugely successful Cannes Lion-winning This Girl Can campaign from the UK, which is credited with inspiring 1.6m women to start exercising, and a further 2.8m to become more active as a result.

The UK version also didn’t come cheap. The first iteration cost in excess of £10m across a blend of channels, including TV, outdoor and social media. All played their part in driving the effect, with the social media element and community that coalesced around the hashtag once the above-the-line had launched was particularly inspiring, according to a friend of mine who worked on the campaign.

So, it inspired women from teenagers to sixty-somethings to get active, was widely lauded for the way it tackled a public health problem, and won awards. Surely, that’s easy to replicate?

Looking at the case study on the marketing agency’s website, it seems the Australian brief was aiming specifically at increasing levels of exercise in girls in the 15-18-year-old age group, which is a tough market to crack. At this point, it makes complete sense that, when presented with the media plan, influencers or micro-influencers would be a point of discussion.

This isn’t to say that the minute you’re presented with a brief aimed at Gen Z or millennials (and you’d hope the audience segmentation is more sophisticated than a homogenous age group) that you should be immediately looking at influencers. After all, research from Junkee Media - who specialise in these audiences - suggests that these generations are, if anything, more distrusting of influencers than their peers.

Nonetheless, one area that influencers excel is in selling a lifestyle, as opposed to a product. And given the brief was to inspire young girls to take exercise, it makes perfect sense how it would have ended up as a line with serious budget on the media plan. Same with the Australian Defence Force turning to e-gamers to promote recruitment among young adults. Strategically, it makes a degree of sense.

Whether, in the case of #girlsmakeyourmove, it was worth $600,000 dollars is hard to say. I’ve not seen the overall budget or the planning but if there was a clear view of the ROI and a robust way of measuring it, and all the strategy and planning pointed to the influencer channel being cost effective in this regard, then yes, that $600,000 would have been worth it.

But where the campaign started to have issues appears to be in the execution rather than the strategy. Assuming your strategy is robust, you then need to chuck a heap of rocks at your execution, check if it gives the desired customer experience, and check there are no scenarios that require your PR department to don their communications firefighting gear.

That’s especially true in the world of influencer marketing, which can occasionally be a bit murky around the edges and is still finding its feet as a mature marketing discipline. Put simply, if due diligence isn’t done on your recommended list of influencers, then you leave your organisation vulnerable to a spot of PR blowback.

It may sound tedious - and I’ve spent enough hours both client and agency side wading through influencers’ accounts trying to work out if they’re a good fit for a campaign or not - but it’s one of the best use of time and funds across the whole campaign.

In my experience, at the very least there’ll always be one or two names on a proposed influencer list who have discernible reason for being on it. Even if the agency has the best intentions, there needs to be a level of vetting and questioning.

In this specific case there are two key questions: Are these influencers relatable enough that they will inspire our target audience to exercise more? And have they posted anything in the past that could contradict and undermine our message? If they fail either test, they get put on the thanks-but-no-thanks pile.

Based on the furore, it’s completely understandable why the federal government has backed away from influencers in future campaigns, which is a shame, as the right partnership with the right people could have really resonated with the target audience. The #girlsmakeyourmove missteps shouldn’t be a death knell for influencer marketing.

What it should do, though, is encourage more clients and agencies to employ a healthy degree of scepticism and rigour when it comes to working with influencers, which should benefit all parties.

A colleague, who worked as an influencer before crossing over to agency side, has regularly bemoaned the large volume of briefs on influencer platforms that are poorly written or have no discernible objective other than to produce a beautiful image. If that’s your KPI, great, but I suspect you’d have a tough job justifying it to the CMO.

But if you can show the CMO a strategy that hits your target audience, a clearly written brief, and tactical execution that have both strategic rigour and standard due diligence behind it, then you’re probably going to get your next budget signed off, and avoid any PR missteps. If you can’t, then you probably will have an issue at some point down the line, regardless of whether you’re spending $6k on display, $600k on influencers or $6m on TV.