Why the backlash against influencers is a good thing 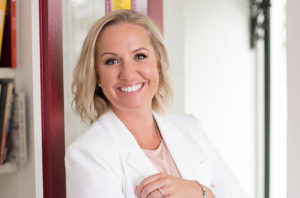 Has the backlash against social media influencers begun? Last week, the Federal Health Minister ordered his department to hit pause on influencer marketing after it was revealed by the Daily Telegraph that more than $600,000 had been spent on the #girlsmakeyourmove campaign over 18 months.

Is this another nail in the coffin for influencers in the light of escalating negative media coverage of some of their tactics and fake followers?

Actually, no. There’s always been dubious influencers amongst the bevy of superb ones that successfully connect brands with their much-sought-after demographics. Just vet your influencers through a due-diligence process.

This is the state of play.

Heralding the era of transparency.

Big brands, such as multinational consumer goods company, Unilever, are demanding more transparency and integrity in the influencer space. They’re refusing to work with those who have fake followers, bots or engage in fraudulent practices. This is a great move and shows marketers are becoming more critical and less likely to take influencers’ claims about reach and engagement on face value.

For me, thoroughly reviewing social influencers to find the right ones to endorse a brand, product or service takes time and can’t be avoided. Due diligence lets you identify who not to work with while zero-ing in on those worth partnering with.

A recent audit we conducted in June in the FMCG category highlighted due diligence isn’t being conducted at the level it should. We saw influencers working with direct competitors’ products in a very specific product segment within days of each other. Yes, there are charlatans who will take your money and run. I’ve badged them ‘Product Mules’.

Somebody skimped on doing the necessary research even in its most basic form. Worst of all, imagine the impression this made on the audience. We also found products placed in unsafe environments such as alongside obvious signs of eating disorders.

With the growth of many influencers’ audiences both here in Australia and overseas, it’s no longer just a way to reach a niche demographic. The industry is maturing and, increasingly, using influencers is becoming less of a bolt-on tactic in a brand’s marketing strategy. Thankfully, brands are opening up to investing more time to get a program right upfront.

Three out of four client-side marketers said their company used influencer marketing, according to a recent US study by the National Association of Advertisers. And not quite half of them said they were planning to boost that spend. But more spend can lead to more wastage. Do it right or re-route your budget elsewhere – that’s what I tell our clients. It’s as simple as that.

For us, doing this due diligence is a multi-step process that allows us to narrow down the list of best-fit quality influencers – vloggers, bloggers and experts - for your brand.

Unfortunately, there are no shortcuts and you need a mixture of art and science. When plotting the right influencers to work with, we first ask ourselves a suite of questions to inform our assessment. As we move along the process, influencers are literally disqualified. Then, we do a solid interview and, of course, an ‘Audience Health Check’. Previous performance and campaign data is also a good reference point.

Yes, it’s a bunch of work, but if you skip it, you are at risk of being taken advantage of. Also, there are other paybacks to doing all of this through research brands can benefit from. We use the information collected to bake in benchmarks for the planned program. This means we usually we know the baseline performance before the program launches.

It may restrict the number of influencers you work with. But working with a smaller group of legitimate, credible influencers more intimately ensures the programs we run always fetch much higher average engagement rates.

Another benefit is working with each influencer to their strengths and talents. Each influencer is genuinely unique in what they can bring to the table. The same brief for every influencer won’t do it justice. It’s about partnering with influencers to unlock their full potential to help market your brand.

If you think a little bit of AI and a few API plugins allow you to skimp on the process of recruiting influencers, you’re kidding yourself. This is just a component of the research you need to conduct. When you have the right checks in place, you won’t be taken for a ride.