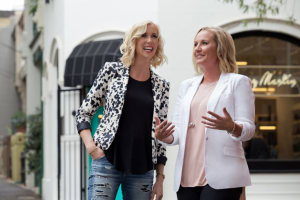 Founder of influencer business The Remarkables has sold the firm to its co-owner.

MD Lorraine Murphy, who founded the business in 2012, has sold to Natalie Giddings, who become co-owner in March last year, taking a stake of around 20-30%.

Giddings, who is the former boss of Mediabrands’ social media agency Society Social, was part of The Remarkables Group (TRG) strategic shift at the end of last year, which saw the business pivot from talent management to an influencer agency.

Murphy now steps back to focus on her writing, training and speaking career.

While Murphy had planned to take the business global, with plans to expand to London this year, she admits her priorities have changed following the birth of her daughter and the success of her books.

"Over the last couple of years I have published two books, which have opened up avenues to speaking and mentoring. It turns out that that’s my “soul-on-fire” stuff," she says.

"My end game was to take TRG global, sell it in a few years' time and then focus solely on those activities. After having our daughter last year, time - and how quickly it goes - came into sharp focus and I started to question spending the next eight years plus pursuing that path, when actually I could just write, mentor and speak right now."

"I have loved growing it to be the entity it is today - and the brand, team and industry friends I've made from it. Natalie bought into the business in February 2017 and the last year working together was up there with the most fulfilling and enjoyable of my whole time owning the business," Murphy says.

Murphy will continue to be part of the business in an adviser role throughout 2018.

“Reflecting on the business since I joined last February, it’s incredible the tremendous amount of ground we broke together in the last 12 months. It’s not every day you get asked to join a business, and be given full permission, to innovate everything in sight," she adds.