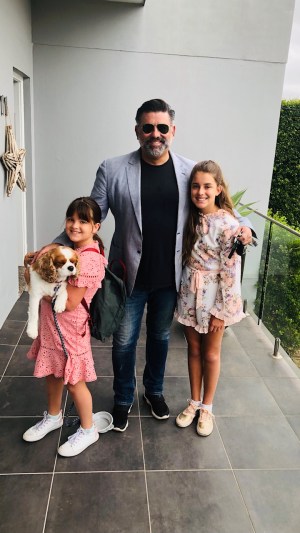 My eight-year-old daughter came up to me a few weeks ago and told me that she was going to be a CEO like me one day. After spending a day at work with me, her preference was to be the CEO of Ogilvy. Understanding her frame of reference might be limited to one company I asked her why she wanted to be a CEO. She said she wanted a chance to lead like me. She also echoed the words of her mother, that men have had their chance at being leaders and look at the state of the world today, and that she wants her chance now. She believes its time that ‘girl power’ takes over. I will say it again, she is eight but how fabulous that we are having these conversations (and using phrases like girl power).

The interesting part of this interaction was she didn’t ask me if I thought she could be a CEO, she was definite that she would be. There is nothing in her world that has suggested she cannot be. Her belief is she will be a CEO and her mind is free of the headwinds of a business world and ad industry currently dominated by men.

The conversation made me think. One day, I hope, my kids will look back at initiatives like Changing the Face and laugh at what we had to do. They will look at this and wonder what the hell was going on in our time. No different to the images we look back on in countries where blacks had their own toilets, their own sections in restaurants and their own drinking fountains. We look at this today and find it abhorrent, almost laughable at how bad we were as a society back then. But how is judging someone by their skin colour any different to judging someone on their sex. I’m hoping my daughter’s generation will work and thrive in a business world where ideas, drive and passion come first, not your sex, age, race or sexual orientation.

I have always believed that the best creative ideas are nurtured and grown by strong debate. But the strongest debate is not from a group of like-minded people who always agree with each other as their thinking preferences are aligned. Diverse backgrounds create new thoughts, bring different perspectives and challenge preconceived notions. Surely in any creative industry having a rich and diverse group of backgrounds in any debate creates the best work possible

Changing the Face is a catalyst for change and a must do in a world where you need to scream out about an issue before it gets noticed by the masses. It’s a stepping stone for change and an ideal where everyone can be equal one day. No one has it right and everyone is trying to do something, however until we join forces and work together for a common goal it will be just that, a one-off attempt to make change. I agree we need voices however a chorus is always more powerful than a solo.

I will put my hand up right now, Ogilvy is far from perfect and we have work to do, however, that realisation is the reason I am, along with the entire company I have the privilege to represent, behind this initiative.

I look at my eight-year old’s confidence and passion to lead and wonder whether she will have the resilience to keep going when many a person says she cannot. Will she give up when it’s all too hard? It’s resilience we now need to drive into this the generation of ‘still confident’ females coming through. It’s understanding that it is hard to be a leader but that anything in life that is worthwhile is hard.

I don’t want us to keep talking, we need to start doing and changing the face is an example of that. A creative representation for a creative industry. I genuinely hope that one day, when my eight-year-old is the CEO of Ogilvy, she can sit around the boardroom table and remind people of a day when programmes like Changing the Face were running and how lucky they are now that they don’t have to do that anymore.