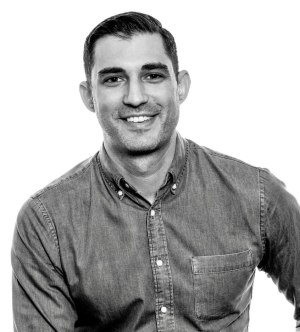 Header bidding is best known for its yield benefits for traditional publishers, levelling the playing field for sell-side platforms (SSPs) and providing buyers with greater access to audiences at scale. However, a lesser known benefit is its ability to inform ad servers to make better user experience decisions.

This capability is directly linked to its primary application: to gather the highest paying, qualifying programmatic demand for the Ad Server to compare against all direct campaigns.

The process behind this provides the ad server visibility into all of its participating SSP demand and the ability to apply ad quality or competitive separation rules across both direct and programmatic campaigns.

And as header bidding has matured, so too have its applications, supported formats and the environments in which it can run. Commonly thought of as a display solution, header bidding now extends into the video realm across both client and server-side environments.

Why does this matter to broadcasters?

According to the most recent IAB Digital Video expenditure report, digital video has grown 26.2%  year on year, of which connected TV made up 23% of video advertising revenue. Whilst on the surface these figures are impressive, the reality is that lots of premium CTV inventory remains unsold. Limitations around verification and measurement have meant that buyers’ dollars haven’t necessarily followed audiences to those environments, resulting in broadcasters leaving money on the table.

Over time these limitations have forced broadcasters to employ multiple SSPs to represent their inventory in the hope of capturing incremental revenue – but with the mandate that they must avoid the same ad appearing repeatedly in an ad break.

While initial solutions such as temporary advertiser blocking and demand isolation have been put in place to overcome this core challenge, the reality is that the more SSPs there are in play, the harder it is for broadcasters and video publishers to manage the user experience.

This is because the ad server and each SSP operate in a vacuum - each has its own decisioning process informing which ads it will serve without knowledge of what ads are being funneled through other SSPs.

If employed correctly, however, server-side header bidding provides a solution to some of the key challenges broadcasters and video publishers are facing in an increasingly digital video landscape.

Take the example of the occurrence of back-to-back ads – or the repetition of the same ad creative during a single ad break – in long form broadcast video on demand (BVOD) environments such as those offered by the major networks in Australia.

To solve for this, the broadcaster or publisher’s media server would request the header bidding solution to solicit bids from configured demand partners, which come through the SSPs. The solution is able to gather all bid responses and determine the category and brand for each winning campaign. Next, this critical information is appended to the ad call which goes directly to the ad server. The ad server is then able to use this information to perform its ad decisioning, resulting in an ad break representative of all paying programmatic demand but free of back-to-back ads.

As we continue to strive towards a truly programmatic ecosystem which holds it own against a seamless lean-back TV experience, we need to continue putting user experience at the heart of what we do. While the waterfall model of monetising inventory has served us well, header bidding’s ability to efficiently avoid ad replication has proven to be the most effective solution in providing equal opportunities for buyers while also delivering an optimal consumer experience.