Why Australian business needs Russel Howcroft, and more just like him 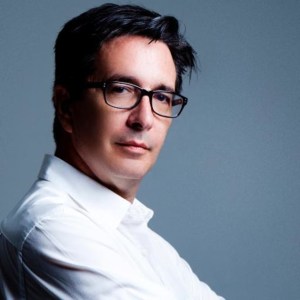 Russel Howcroft is a television and radio broadcaster, chairman of AFTRS and an Advertising Advisor. It is there on his LinkedIn profile. But for the past four years, he has been championing creative advertising ideas across the significant boardrooms of Australia. I discovered recently through a number of my agency contacts that Russel has been providing boards and their Chairs with advice on proposed creative advertising concepts.

Let’s consider why Russel Howcroft was the right person for the job. But more importantly, how we can create more people just like Russel to take on this role.

I first met Russel soon after he returned from the UK. He was CEO of Brandhouse Arnold. He was the adman’s adman. A salesperson through and through. I have witnessed Russel passionately and compellingly sell his agency to a myriad of clients in pitch after pitch. He sold advertising as a powerful tool for business on Gruen on the ABC. He sold the power of television at Network Ten at a time when everyone was turning to digital. It made sense that he would take the opportunity to sell the ability of advertising creativity to create growth to business leaders in his role as Chief Creative Officer at PWC’s CMO Advisory.

So, why do Australian boards and business leaders need Russel’s advice? There are several factors at work here. The first is the Corporations Act, 2001 that outlines the responsibilities of company directors. These responsibilities concern managing risk; care and diligence; good faith; and not misusing position and information. The role of the director is clearly to look after the interests of the shareholders they represent. Particularly regarding mitigating risk in all forms. But mitigating or managing risk is often the antithesis of creativity. It is counter to the culture of innovation.

The second is the fact that Australian boards and business leaders are not always comfortable with decisions on topics and as imprecise as creative advertising concepts. Similarly, with many CEOs. Instead, most come from a culture of measurement, whether it be accounting, law, engineering or operations. But with marketing - and particularly creativity - there is uncertainty and therefore, risk.

What was it that Russel did? Again, according to his LinkedIn profile, he acted as an advertising advisor. In his own words on a recent podcast, the door to corporate Australia was open to him in his role at PWC’s CMO Advisory. But I think Russel is being humble. He had already built a reputation with his regular appearances on Gruen over the past decade. More importantly, a reputation that linked advertising creativity to business need. And from what the agencies have told me at the other end of the process, Russel created comfort in the face of uncertainty. He was able to use his reputation and experience to provide context for the creative concept and reframe risk as an opportunity for the directors and business leaders who sought his counsel.

This is not surprising, knowing his passion for creative ideas. But fairly uniquely, Russel is not just passionate about his own ideas, or his agency’s ideas. (That would be way too easy.) No, he loves creative ideas in all shapes and forms, no matter the source.

This means, with a reputation for business and a heart for creativity, he was able to help bridge the gap between certainty and uncertainty. Between risk and opportunity. In the boardroom and offices of some of Australia’s largest companies.
Now Russel has moved on to the next phase in his career - as a broadcaster and communicator of ideas on Melbourne’s top-rated radio breakfast program. Hopefully, he will still have time to champion creativity to business decision-makers. But a better question is, how can we create more Russel Howcrofts?

There was a time when agency CEOs and Managing Directors were fulfilling this role. A time when the CEOs of client companies and their boards would ask for advice from their agency leadership. But those days as a trusted adviser seem to have vanished. In its place the agency is a marketing supplier and the management consultants continue to fill that space - as evidenced by Russel’s comment on the power of the PWC brand to give him access to do this job.

It is a specific role. It needs someone who is trusted, who understands business imperatives. But is also passionate about creative ideas. It needs someone whose advice is independent and who is a natural and compelling communicator. And while this is not a long list, it is a list that creates few immediate candidates. While everyone who knows Russel will acknowledge he is one of a kind, for the sake of Australian business, we need to find more people just like him.