What Australian social media marketers can learn from Kiwi brands

By Jon Randles, Mosh partner and head of talking | 14 September 2021 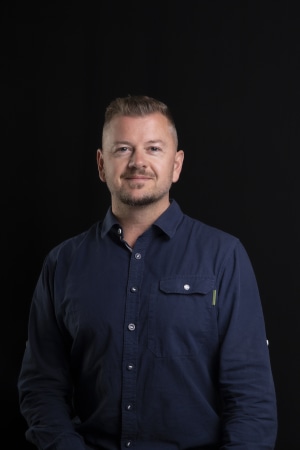 Lord of the Rings, Lorde… and lords of social media strategy? There are a few things New Zealanders can hang their hat on, and it looks like social media expertise can be added to that list.

Mosh recently published our annual New Zealand Facebook & Instagram Report. In it, we analyse the top performing brands on social media, and reveal how they increased engagement in a volatile global market.

The Australian landscape might be wider but the fundamental lessons are the same. For Australians looking to augment their social media strategies, here are four key learnings we’ve unearthed.

1. Don’t be afraid to be creative and direct
New Zealand brands try to boldly go where no one has gone before. Over here, companies are working with smaller budgets and audiences, which forces them to think creatively with the resources they have. It also provides them with a bit more freedom to have fun.

Take Air New Zealand, which had the third most-liked Facebook Page of 2020. This is quite a feat, given air travel ground to a halt last year and redundancies were commonplace.

To make the best of a bad situation, Air New Zealand decided to think creatively about what it could still offer consumers. It posted about the company’s contributions to the environment, focused on domestic travel and built a sense of community in its posts. The total weekly likes Air New Zealand received ultimately increased by about 25,000 from June to July in 2020.

Another key takeaway is to specialise in your target audience - the wider you cast your net, the more dull your content will become. Championing video, working in a few key platforms (as opposed to posting across many) and leaning into current trends are all ways to improve your creative mix.

2. Get totally weird
Scarlett Johansson famously called Kiwi humour “totally weird” after filming Jojo Rabbit with Taika Waititi. Totally weird or not, it has been a strength of New Zealand’s top performing brands on social media.

Kiwis often use humour to bridge the gap between company and consumer, showing they’re not afraid to poke fun at themselves.

NZ Police had a memorable April Fool’s prank when it announced it was adopting a new mode of transport - skateboards. The video attracted 2.3 million views, and worked well to humanise the service.

And on the airwaves, Mai FM, a national radio network, posted a playful farewell to discontinued chocolate snack, Pods, on Facebook. It proved to be its most popular post on the page in six months.

These companies understood the value of having a laugh with their audience and were consequently able to generate higher engagement, which in turn increases their brand reach thanks to the magic of the mighty algorithm.

3. Keeping it real
A picture is worth a thousand words, which helps explain Instagram’s success as a visual medium. Companies that leverage Instagram as one of their key platforms are able to craft brand awareness through forging a personal connection.

Pals, an alcoholic mixer brand, had an 11.55% engagement rate. This is the highest engagement rate of any of the companies highlighted in the report, and showed Pals had a highly engaged and interactive audience. The most popular post on Pals’ Instagram account was one introducing the people behind the company. This indicates that Kiwis appreciate brands being upfront, straightforward and personable.

They also appreciate when brands take risks to prove the value of their product. Take Icebreaker, a Merino wool clothing company. Icebreaker embarked on an Earth Day campaign which challenged followers to wear an Icebreaker t-shirt for five days without washing it. When the shirts remained odour free, the company proved it was putting its money where its mouth was.

The challenge helped followers partake in real time engagement, bringing home Icebreaker’s message and story. It showed the brand was being transparent with its audience and living out its social values.

4. Understand your audience
Knowing your audience - including likes, dislikes, spending patterns, and values - is something that should form the basis of your social media marketing strategy.

For example, the most liked Facebook Page in 2020 belonged to the All Blacks who were facing difficulties with lockdowns, cancelled matches, and travel restrictions. Despite this, the social media team tapped into its audience’s love for rugby and general nostalgia to strengthen its online presence.

The page achieved this by posting highlights from old matches and celebrating the retirement of two players, Sonny Bill Williams and Dan Carter. It also used competitions to encourage further engagement.

Another example comes via Stolen Girlfriends Club, a streetwear brand. The company’s most liked post was a promotion for a pair of Warrior Sandals, made of 100% recycled leather. The shoes were positioned as “a statement sandal, not a sweet strappy thing”. Stolen Girlfriends Club innately understood what would appeal to its audience in terms of aesthetics and values.

While Australia and New Zealand love playful arguments over things like pavlova, lamingtons and Russell Crowe, ultimately the two countries are closer than they think. When it comes to compelling social media strategies, the Kiwis are a step ahead. Paying attention to these key findings might just help Australia catch up.