There’s only one KPI for marketing that matters 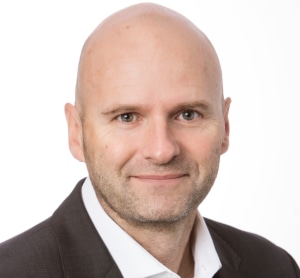 Every now and again, a new perspective on an old concept helps me see things differently.

That’s exactly what happened when I interviewed three West Australian marketers for a recent episode of Marketing Dividends presented by AANA, which airs monthly on Sky News Business.

All three had interesting views, but the idea I want to talk about for this article was the response of Chris Singleton, executive chairman of Cycliq (a start-up), on the role of marketing.

According to Chris, who’s been involved in a number of start-ups in his career, the role of marketing is to attract capital. That’s it.

He described it in the context of resources and mining, WA’s largest industry.

“Marketers, even in small West Perth companies, where there’s three men and a dog in the place who might have an oil asset or a tenement somewhere; they have to market to get the capital to develop that idea,” he said on Marketing Dividends.

“You pick a piece for turf, you’ve got an idea, you need money for it. You need to market that piece of turf, be it offshore or onshore. Same stuff applies to our products.”

Looking at marketing from this angle endows it with a broader remit. Marketers should be asking whether their activity will attract capital to the company: is this going to make shareholders, investors, consumers or the government believe in the product and want to invest? Anything that’s not going to do that… is not marketing.

Take the $86 billion merger between AT&T and Time Warner. The role of marketing in this instance is to inspire confidence in shareholders that this was the right deal and in the US government to allow it to go ahead.

AT&T CEO Randall Stephenson has been on a lengthy roadshow, promulgating the value of pipe and content to attract the capital and the confidence of AT&T’s shareholders. Part of attracting capital is understanding there are multiple narratives – gaining capital and confidence from shareholders requires telling the government this is a good idea.

But it is also possible for this to be an attraction of capital in a negative way, say dramatically driving a heavily discounted product to artificially increase a customer base or make the company a more sellable asset.

So, a simple KPI marketers can apply to every activity is: how does it attract positive capital?