The wisdom of Ted Lasso 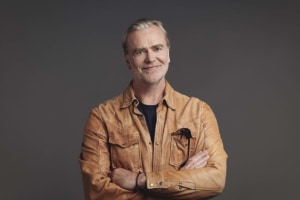 Early on in this brilliant series, I began to realise that it was an important lesson in leadership as much as a brilliant comedy.

A quick trawl of the internet and I discovered I’m not alone. But it is interesting to see what lessons people see in it.

For me it was all about vulnerability.

He knows he knows nothing about football - so he’s open to taking advice from the water boy.

He knows that each player has a different vulnerability and it’s only by addressing that demon that they can be their best.

He knows when to forgive his most talented player.

He knows that a loss is as important a lesson as a win – up to a point.

And he knows the importance of good water pressure – something no native Briton understands until they have lived in a country that has discovered this elixir.

His vulnerability leads to empathy.

And that builds inclusivity.

Businesses say ‘people are our most important asset’, and we applaud our ‘team’, but how much of this is true?

A couple of years ago, I asked Rob Limb, who runs DDB Group’s TRACK in NZ, why his business had the highest employee score in the DDB world. If I recall correctly, he responded, ‘Well, we give people a lot of free food… And we talk to them a lot.’

The fact is, care and communication build community. A genuine team.

And that care can’t be just saying we care, we have to show it.

Likewise, communication should be honest and open. If things are shit, people should know. And if you’re doing well, don’t make it a secret in the fear that your team will suddenly ask for a pay rise – if you’re doing that well, it’s because of them!

The show does seem to avoid that tricky subject of money – the players all drive expensive cars and the owner seems to have plenty of cash, but there is an episode which touches on one of my favourite Bernbach quotes, ‘A principle isn’t a principle until it costs you money’ when the team loses its main sponsor out of a matter of principle.

The line that stayed with me most came from Colin, the team’s Welsh player: “I’m a strong and capable man, not a piece of shit.”