The welcome next chapter in outdoor advertising's new story 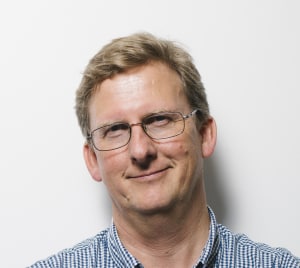 Right off the bat, the changes to the Australian outdoor advertising market over the past couple of weeks are very positive.

Stronger competition in a consolidated market will accelerate investment in innovation of hardware and software and will mean that the influence of digital out-of-home (DOOH) screens, not just the size, will shape the market as it approaches the magic $1 billion mark.

The Australian outdoor advertising market is currently valued at $837 million and has for the most part grown slowly but steadily for decades. The introduction of DOOH screens ignited the industry, with new and old players competing hard for advertiser dollars.

The outdoor share of the total Australian advertising market is around 6% with estimates that this will grow to around 7% or $1 billion of advertising spend by 2020.

The consolidation of the four larger-players into two key players is a good outcome for brands that see the opportunity in static or digital screen networks and their ability to reach valuable audiences in key locations around the country. Here’s how it all played out:

Many industry observers would have thought that APN Outdoor was going to win that race and bolster their transit and large format roadside network significantly with thousands of digital and static panels located in and around major metropolitan commuter corridors.

What’s important to note here is that both Adshel and JCDecaux are deep into the pitch process for what are arguably the crown jewels of precinct-based OOH in Australia - the City of Sydney outdoor media contract. The concession is worth $30-$35m a year in gross media revenue with panels in ultra-high density pedestrian areas such as Martin Place and along Oxford Street. JCDecaux is the incumbent and has held the contract since before the 2000 Olympic Games.

Both Adshel and JCDecaux, have been driving OOH/DOOH innovation with their very similar sized portrait panels located at bus and tram stops across the country, as well as rail forecourts such as Parliament Station in Melbourne and Wynyard Station in Sydney.

If Adshel was the front-runner for the City of Sydney contract (and I’m not suggesting they are), that would make it a highly lucrative acquisition for either APN Outdoor or Ooh!Media. However, JCDecaux is the world’s largest OOH operator with over 500,000 well placed street furniture panels across the globe - and will not concede lightly.

To protect their presence in such an important market as Australia, and with the possibility of losing their cornerstone concession, JCDecaux presented an offer of $1.1 billion to buy 100% of APN Outdoor in late June. Thus taking APN Outdoor’s focus away from the Adshel acquisition and paving the way for Ooh!Media to snap up Adshel for $570 million when the bidding process closed.

By the end of June, JCDecaux and APN Outdoor announced that they had agreed terms on a $1.2 billion deal. The Australian outdoor industry has been consolidated with two major players coming out on top - JCDecaux and Ooh!Media. Both are well established leaders in the OOH industry and will drive the market forward with dynamic and innovative ways for brands to engage with audiences.

It’s this brand engagement that will be the next chapter in the outdoor advertising story. The OOH sector has moved beyond ‘stickers on walls’, but it hasn’t really moved that much. Digitising OOH has just resulted in media owners selling the same space multiple times over, but that’s the tip of the proverbial iceberg.

The real opportunity now for brands is to make the most of this innovation-driven environment to accelerate connectivity to OOH’s massive audience. For example, using technology that connects digital screens to people’s mobile devices. This tech already exists and is operating in Australia.

JCDecaux is the clear leader on the world stage. Its network ensures they will be masters of innovation in location based outdoor advertising. On top of the 500,000 street furniture panels, it has another 350,000 in airports and mass transit locations. It will be looking for learnings and innovation to share within its network.

Ooh!Media is the local hero with a very cleverly crafted network of screens in roadside, airports, retail, cafes, pubs, offices, universities, and now in thousands more commuter facing locations across the country - a powerful addition to their extensive suite of high value assets.

Australia has often impacted developments in the advertising world and the future for outdoor media here has the potential to impact the world stage.