The war for attention is not over 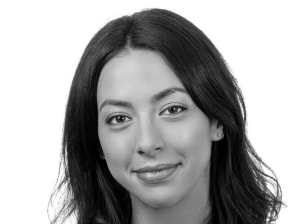 Broadcast networks are emerging as the new powerful players in the streaming space, which is good news for advertisers,

The TV landscape has changed so much and so quickly, that we sometimes forget subscription video-on-demand services only launched in Australia four years ago. In relative terms, SVOD is still young – but that doesn’t mean it’s not ripe for disruption, which is exactly what’s happening right now.

And the coming change, already underway, is good news for advertisers.

Right now you’d be hard-pressed to find an Australian household without at least one streaming service on rotation. Stan and Netflix played a significant role in triggering the steepest declines in ratings since measurement began in 2001. By contrast, Roy Morgan’s latest research estimates Stan’s audience base to have grown 43% over the past year.

Australian audiences are streaming all kinds of content in different ways from various session lengths, time of day and, of course, genre. These platforms must provide deep content offerings to keep up with the various demands of a rapidly growing user base.

Competition is heating up

As you’d expect in an industry that’s constantly changing, we’re already moving into the next phase of the war for attention. Netflix and Stan have enjoyed four strong years of growth in Australia, however there’s now a new and powerful competitor contesting their share of viewing.

That reinvigorated competitor is none other than the local TV broadcast industry – and they’re getting up to speed fast.

Until recently, the networks used streaming to capitalise on audiences from first-run content, typically consumed within the same week of broadcast – catch-up TV, as it quickly became known. But resting silently under the networks are years of rich Australian content – think Hey Hey it’s Saturday, A Country Practice, Packed to the Rafters and Offspring – ready to be consumed for the price of a couple of ads.

The networks are now taking cues from the original disruptors and deploying the power of search optimisation and personalised recommendations in their own broadcaster video on demand (BVOD) services. BVOD currently makes up a small percentage of overall TV viewing, but it’s growing quickly.

The good news for our industry is that unlike the likes of Netflix, BVOD is ad-supported.

The introduction of streaming services coupled with what was already a fragmented linear TV audience across the various secondary channels has given rise to the ‘two-speed marketplace’.

The first speed is premium, integration-rich content reaching the mass aggregated audiences through linear TV and selected premium content, such as The Block, The Bachelor, Handmaid’s Tale, and high-rating sports events, such as AFL, NRL, Cricket.

In this environment, it’s not surprising that sport and reality TV continue to rate significantly higher than anything else. The reason sport and reality have stayed on top comes down to the things they have in common – the immediacy in consumption around first broadcast, the fact that they’re locally produced, the power of serialised narrative, conflicting characters and a high emotional investment from the audience.

The second marketplace is all about campaign optimisation, and cost-efficiently placing spot schedules to best maximise overall reach and frequency through second-tier channels and streaming services.

However, as we know, the only constant is change – and the streaming sector is no exception. Broadcaster VOD will continue to grow as the TV networks refine their offering and audiences follow suit.

For brands looking to forge new ways to connect with audiences, this is an incredibly exciting time.