The Pepsi Riot: a case study in when content goes bad 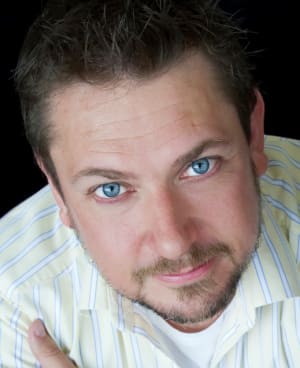 The big news this week is the launch of Pepsi’s multi-million dollar showcase content film, the instant backlash, and the brand’s immediate withdrawal of the work.

I apologise for making you see something that cannot be unseen.

If you feel duped into watching this abhorrent piece of work, thusly adding to the view tally, rest-assured neither the agency nor the brand are likely to assume the millions of views are a sign of success.

The brand’s immediate action of pulling the film from their online channels, and the issue of several apologies, is proof positive that they know they did something wrong.

Aside from it being a pitiful piece of film starring several millennial icons and way too many brand mnemonics, the surge of criticism focuses on the misappropriation of protests and peaceful demonstrations which have become a powerful and meaningful movement for people to try and make positive change – not the least of which was Black Lives Matter.

The Pepsi film has even been constructed so that a particular image from a real Black Lives Matter demonstration has been carefully reconstructed as a scene, albeit with cans of soda.

Such a detail does a great disservice to the symbolism of that genuine movement.

So where did it all go wrong?

It’s easy – especially for the ECD of a creative ad agency that has content at its heart – to notice that the film was the brainchild of Pepsi’s own internal content division, Creators League Studio, and point the finger of derision with a tsk, tsk, tsk. Leave the advertising to the experts.

But there’s more at the heart of this.

In all likelihood, Pepsi hired talented and experienced marketers and advertising creatives to staff their internal content studio (one would hope), however their model is based on collaborating with freelance creators, writers and film-makers on a project basis.

And while there are many talented cinematographers and screenwriters and content creators out there, brand marketing is a specialist skill that requires experience and understanding of the value of an idea for the purpose of selling a product to the right people at the right time in the right place. That’s what client’s are paying agencies for.

Pepsi assumed they could build a hive of content creators to produce their marketing, while they undertook the responsibility of marketing intelligence for themselves.

Whichever way you slice it, the responsibility for this falls on the client – the individual brand managers and content marketing managers who tote around a Pespi business card. They approved this idea.

Putting aside the big issue of trivialising the vox populi, the ad reads like a checklist of client requirements:

Overt diversity to show inclusion – tick

Obvious use of brand colour (blue) throughout – tick

One can imagine the team litany of data-fuelled insights and trend-watching that inspired this attempt at fabricated storytelling to resonate with a target audience. I bet there were genuine high-fives around the boardroom table. #NailedIt

But it’s not genuine. And even when it’s OK to be contrived, it didn’t come from the heart. The amalgam of insights and social mores turned into a real-life Frankenstein’s monster that rampaged the village.

With no agency to be the buffer, scapegoat, or voice of reason in the first place.