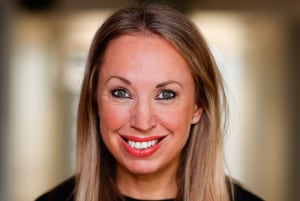 WARC has revealed its top creative campaigns, but while media is integral to a creative idea, the role of media is painfully absent in the recognition, says MediaCom Chief Strategy Officer Sophie Price. She gives a run down of the media smarts that make these campaigns shine.

Seeing great work gain recognition is always satisfying and inspiring. This week, the World Advertising Research Center (WARC) released its Creative 100 rankings - a ranking of the world’s most awarded campaigns and companies for creativity.  David Tiltman, WARC senior vice president of content, claimed that “the campaigns at the top of the list all highlighted untold stories. They give a voice to sections of society that may not have been properly represented in the past.”

As I was absorbing this list, it made me question; if the top, most creative campaigns in the world are about the power of storytelling, then it’s important to also recognise not just the story, but how it’s told. The role of media in this work helps the creative ideas shine.  Media channels (earned, owned, shared and paid) play a fundamental role in how the narrative unfolds, the context in which people understand it, how we immerse the audience in it, and how we bring the audience into the story. In some cases, the medium is the idea itself – like in the case of the Heineken Shutter ads, which used the shutters of bars closed for Covid to share Heineken’s message of support for small bars and communities around the world, at the same time as redirecting ad dollars into the hands of small businesses.

Whilst #WARCmedia100 recognises media craft  (we’re proud that MediaCom has 3 offices in the top 10!), this isn’t about media agencies getting the credit, it’s about appreciating that media is an integral part of the world’s best creative work.

Creativity is in our DNA at MediaCom, and we believe an idea is a living, breathing ecosystem of data inspired connections, to enable the brand to connect in culture. We understand how to help creative ideas live in the world, to connect audiences with innovative media and drive growth for our clients.

So I wanted to stop and take the opportunity to celebrate it and put a different spotlight on this heralded work that shines a light on HOW these ideas have been shaped and live in the world, thanks to smart media and data thinking.