The end of data driven marketing? 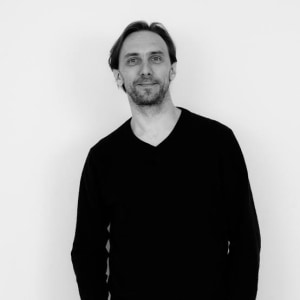 There’s a chance we don’t need to imagine too hard. Let’s recap the last year or two.

Apple has waged war with advertisers via ITP. Your 30 day cookie window isn’t much good if your cookie is gone after 7 days. Apple have also just announced the effective end of IDFA in iOS14, which likely kills app attribution on iOS.

Google announced Chrome will block third party cookies within two years. Google also got everyone to update their scripts a while back with their “conversion linker” in response to ITP. It remains to be seen how robust this solution is.

Facebook whose core business is under threat is scurrying to get their server side API deployed - so far it looks good although not fully baked. I suspect this sort of technology response is the future.

Criteo’s share price seems to take a hit every time Apple announces an update to ITP (although Criteo’s solutions to ITP have been good).

Ad blockers are on the rise - depending on which stats you read up to 31% of sessions are affected.

There was a recent rumour that Safari will soon block Google Analytics, although there’s a pretty thorough rebuttal of that.

We also have the rise of GDPR in Europe and CCPA in California, forcing restrictions on data collection and storage. No doubt similar legislation will come Down Under in the next few years - the future holds more privacy legislation, not less. And that means less ability to use whatever data is left.

The current situation where companies are able to amass and utilise as much data on private citizens as possible with little regulation will seem like a bizarre blip in history that we’ll tell our grandchildren about.

I don’t think we’ll lose all the data, but we already have less access today than a year ago, and that trend will continue - how far, time will tell.

What’s our response as marketers?
On the technology side, it seems to be largely up to the ad platforms and the martech providers. I’m assessing some solutions that attempt to mitigate the data loss, but they are likely just bandaids. Ultimately, it’s the browsers and operating systems (mostly Google and Apple in practice) that call the shots.

Perhaps there’s more clever server side solutions like Facebook’s to come, but the best case outcome is significant disruption.

But on the marketing side? Perhaps we need to step up and be the voice of the customer like we always should have been. We need to talk to the customer and clearly articulate and evangelise for them in the company. There’s a whole suite of marketing tools which are as effective as ever (perhaps more effective) which have been abandoned by data driven marketers. Share of voice, brand awareness, regression, and - shock horror - a coherent brand strategy - all these tools have a valuable place in the digital marketer’s tool box. You rarely hear digital marketers mention the multiple studies that indicate 40 - 70% of advertising effectiveness is the creative, and good creative comes from good strategy, which comes from good customer insights.

The old saying “when all you have is a hammer everything looks like a nail” rings true. When all you know is data led digital performance marketing, that seems like the solution to every problem, saws and drills be damned.

These people may soon find their hammer is a lot smaller and weaker than it used to be. The time to diversify is now, not after your toys have been taken away, and you never know, perhaps you’ll find your data driven marketing may just work a little better!