The chicken crossed the road to live in a bun 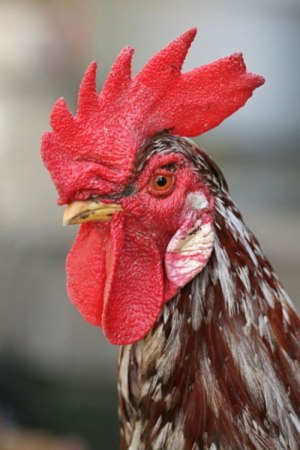 Ruslan Kogan, founder of the highly successful Australian online retail business kogan.com, spends much of his day at his computer making minute adjustments on his website.

He once told me: “We’re a statistics business masquerading as an ecommerce company. Every decision we make ... is driven by data and analytics.”

His day is an indicator of a trend to a sweaty real-time process, to find and ride digital waves, create winning ads, attract customers, make sales.

And to try to master this juggling trick in real-time, many are experimenting with machine-created copywriting.

“People are using AI to generate thousands of variants quickly, and then celebrating any uplift from highly trafficked mediums such as Search ads,” he says. “It’s a long way off from replacing human copywriting in my opinion. However, significant progress is being made.”

Some of the machine copy is funny in the same way a child’s attempts at being serious can be cute and amusing.

Burger King in the US used what it called an Agency of Robots. Some of the lines the machine came up with:

“It is a boy bird with crispy chicken tenders from Burger Thing.”

“We are not sorry. The potato deserved this.”

“The chicken crossed the road to become a sandwich.”

“The whopper lives in a bun mansion just like you. Order yourself today ... have it Uruguay.”

But not all attempts at machine-created copy are corny. Some tend to melodrama.

IBM’s Watson, that amazing AI box which can make an accurate medical diagnosis, was fed 15 years of luxury brand ad campaigns, many of them winners of Cannes Lions.

The result was Driven by Intuition for Lexus, a collaboration between London creative agency The&Partnership, technical partner Visual Voice and IBM Watson.

Director Kevin Macdonald (The Last King of Scotland) said: “When I was handed the script, the melodrama of the story convinced me of its potential. The fact the AI gave a fellow machine sentience, placed it in a sort of combat situation, and then had it escaping into the sunset was such an emotional response from what is essentially a digital platform.”

A less intensive, more immediately practical application of machine copywriting is the rise of AI to generate lines of copy for Google adwords.

A program by Dentsu Aegis Network uses a natural language algorithm to spit out ad lines at a rate of up to 25 a minute.

One reported example, “Have a suite stay," works well for a hotel.