Talking to data about empathy 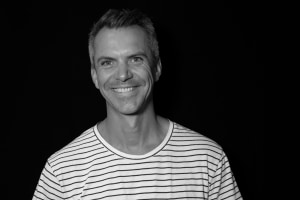 After leafing through several of the Cannes overviews and collecting my thoughts following a rosé-infused week in France, there were several key topics that stood out this year – from brand citizenship through to diversity and inclusion in the industry, there was no clear winner in the highly competed game of buzzword bingo.

Well, apart from that one thing: Data.

Data is less and less an optional part of our jobs. It’s become necessary to get clued up on. We’re all talking about it. And we’re talking about it all the time. Which I love, because it’s exciting and interesting.

But the most striking thing for me, looking at the work that won at Cannes and remembering the soundbites that stayed with me – loads of ideas that stood out to me weren’t portable, weren’t universal, weren’t timeless. They weren’t necessarily genius innovations, or data-driven.

But they were expertly tapped into culture.

Ideas like Viva La Vulva, The Blank Issue, Dream Crazy - often they’re inseparable from time and place, or at very least, they’re drawing all their fuel from it.

It’s easy to try and lean into data for answers. But that remarkable, often overlooked sensitivity to the cultural nuance – the timing, the tone, the cultural context – was something that kept layering up.

That’s the difference. Every agency in the world has drawers full of ideas often waiting years for their chance to be made. But coming away from Cannes, the magic is in the application of that idea into culture.

One of the key ingredients that came out of a talk on the Google Island came from Nick Farnhill (CEO at Publicis Worldwide, UK). He talked about a trio of things, a three-ingredient recipe for what he thought was working. I want to focus on one.

On the one hand, you have marketers asking data for insight or information. But it’s another messy, unpredictable leap beyond that to get to empathy. And we need it if we have hopes of tapping into culture.

A lot of the time we find ourselves imagining the headline and working back from that – what is the press going to say to give this oxygen? We should be trying to figure out how our ideas tap into the human condition. If we’re trying to connect with particular groups of humans, we need to completely understand how they experience the world and the things they see and interact with every day.

So, while we’re chasing fame for our brands, asking giant datasets about cultural relevance, we should remember empathy, and save a little time to ask the humans.

And then we should listen.