Star goes Starkers for R.M. Williams – effective use of celebrities in advertising 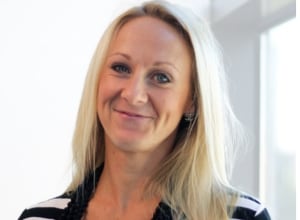 Ok, so I think I have a new favourite ad. Move over Chris Hemsworth. Move over George Clooney.

This new ad for the iconic Australian bootmaker R.M. Williams was created by fellow celebrity Ryan Reynold’s studio called Maximum Effort. The cheeky ad shows a naked Jackman in the office of a R.M. Williams executive, promising to only wear the brand’s boots……literally. Clever camera angles and some subtle blurring keep Hugh’s precious parts hidden from view.
But the rest of him is in full view. And what a great view of The Greatest Showman that is! One that made me consider the cost of using a celebrity like Jackman in the ad….and whether it would be worth the investment.

Celebrity ads have long been the approach for big brands in the US. This year, almost half of the Super Bowl ads featured some sort of celebrity. But for many advertisers around the world, using a star to promote your brand just way out of reach. Limited budgets mean that few brands in Australia can afford or justify the use of celebrities…..I mean real celebrities, not just ex-MasterChef contestants.

Luma has conducted a lot of studies to understand the role of celebrities in advertising. Certainly, they can help to get your ad noticed – seeing a naked Hugh Jackman is enough to stop most people in their tracks. Our data shows that it is women we are most impacted by the use of celebrities – men are not as interested.

But there is also a benefit to your brand. Luxury brands were quick to work this out years ago. Using an aspirational celebrity can, by association, help to strengthen feelings about your brand too. The celebrity’s qualities and attributes can help to strengthen your brand’s perceptions implicitly. The implication being that if people admire the celebrity, some of this love will pass to your brand – if RM Williams are good enough for Hugh, they are good enough for me…or my husband.

Watchout though – celebrities don’t always work and they are not a guaranteed way to get cut-through or build positive brand feelings and associations. There are three key things you need to check before using a celebrity.

So, is there a benefit for R.M. Williams with Jackman in this ad or does he steal the limelight away from the brand? We did some research on the ad this week – just because we thought it would be a VERY interesting ad to review and watch over and over and over all in the name of RESEARCH – we are very PASSIONATE about our work!

You’ll be pleased to know that the response to the 90s ad is really positive. People are really engaged by the creative and they especially love the humour and the casting! The combination of the two us brilliant – the more Hugh makes us laugh, the more we like him and the R.M. Williams brand. And they will talk about it – 48% surveyed claim they would talk about it with friends and families (compared to 30% norm).

Hugh works so well in this ad as he ticks all three boxes from above:

This leaves viewers feeling very positive about R.M. Williams and the link to the brand is also really clear.

So how much does it cost to have Hugh in your ad? Well, after a little digging I found out that Hugh has been the brand ambassador for R.M. Williams since 2019 and he is also a significant private investor in the business (he has a 5% stake).

And, it gets better, R.M. Williams has been up for sale since April 2019 with an asking price of $500 million. At that price, sale of the business would deliver Jackman $25 million for his share. So, the ad is a really clever ad, not just to sell shoes, but to sell the entire business. That is quite an investment – but money well spent! Bravo. Love it!