‘Slow media’ the antidote to social media’s need for speed? 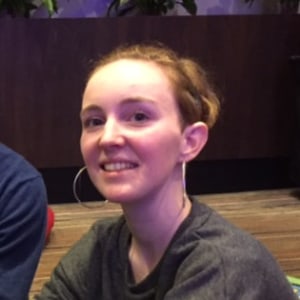 If social media is a fast-food boxed meal, then slow journalism is a high-quality degustation.

In a world of same-day delivery, instant noodles and push notifications buzzing your phone every few minutes, it’s hardly surprising that there are some people who just want things to move a little more slowly.

Delayed Gratification magazine, published by The Slow Media Journalism Company, prides itself on taking time “to do things properly".

“Instead of desperately trying to beat social media to breaking news stories, we focus on the values we all expect from quality journalism – accuracy, depth, context, analysis and expert opinion.”

Slow Media’s success is perhaps a symptom of society’s increasing fatigue and weariness when it comes to social media, the 24-hour news cycle, and the endless cutbacks to editorial teams in media companies across the globe.

Another slow news organisation has been James Harding’s post-BBC venture Tortoise, which describes itself as “a different kind of newsroom.”

“The news, not as it happens, but when it’s ready.”

Tortoise is gearing up to launch in early 2018, providing a daily “slow news feed”, access to open news conferences, and a quarterly collection of articles to be published as a book.

“We don’t do breaking news, but what’s driving the news. We don’t cover every story, but reveal a few. We take the time to see the fuller picture, to make sense of the forces shaping our future, to investigate what’s unseen.”

Another publication, 52 Insights Magazine, publishes just one interview each week, focusing on quality over quantity.

PHD Media UK examined the different ways that attention is captured by consumers, identifying that both “fast” and “slow” processing modes are at play. While consumers often skim and scan content quickly, there is also a place for information presented in a slower way that allows audiences to “study” and “soak”:

They suggest different media are better suited to these processing modes: social media is great for skimming or scanning, but doesn’t necessarily allow for the slower forms of processing.

Slow media can still be accessed quickly and on-demand, but offers longer, more considered pieces of content that consumers can take their time to digest.

The slow movement also reminds us that consumers don’t always demand instant gratification; rather, they’re willing to wait if it means they’re getting something of higher quality. Audiences are getting to news saturation point and are crying out for a break from the scrolling and tweeting.

The BBC is trialing new forms of news writing to allow for different speeds of consumption. For one group tested, those that fall under the umbrella of “Generation Z”, researchers found that due to the fragmented and time-constrained experience of news consumption, “they often want to skim...to find something of interest and then dig into what they find interesting.” Having the ability to expand a shorter article into a long-form piece met this desire to “dig” into the topic and gain deeper insights.

Also, “slow advertising” has also made its debut: Industry super fund-owned bank ME developed a “slow TV marketing campaign” featuring an hour-long video of a bank card being made by hand.

Slow media and journalism has its roots in the “slow food” movement was developed to counteract the rise of fast life and combat people’s dwindling interest in the food they eat”.

The 1989 Slow Food manifesto (“in the defence of and the right to pleasure”) rails against the blind belief that speed is automatically superior, more modern, and better for us:

“In the name of productivity, the 'fast life' has changed our lifestyle and now threatens our environment and our land (and city) scapes. Slow...is the alternative, the avant-garde’s riposte.”

The defiant movement has inched its way through the last few decades, leaving a trail of influence behind.
Now is the media’s moment in the slow lane, and it’s a trend that is shaking up the industry and prompting publishers and marketers to rethink our need for speed.

Taking slow media to the extreme, SBS took the first leap into “slow TV” with The Ghan, several hours of footage showing the 2,979km rail journey across Australia. No commentary, no background music. Originally broadcast for three hours, the show encored as a seventeen-hour special.

The program was inspired by Norwegian Broadcasting Corporation’s 2009 and 2011 screenings of transport journeys.
“Slow TV has been called immersive, hypnotising,” the broadcaster said on its website.

“[It’s] an alternative to the noise, an escape from the busy pace of modern life.”