Rebates happen, adland is tarnished, but what next? 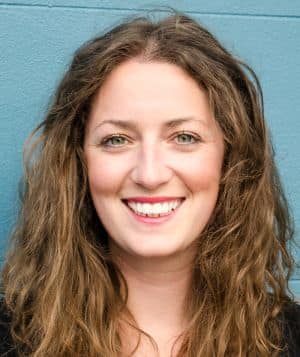 I'm not one to kick someone while they're down, far from it, but at times we have to face reality and accept what's happened.

And when I say move on I don’t mean, ignore, cover up, keep quiet. I mean make progress.

Whether it's a sprawling practice embedded in the heart of every agency (I’m sure it's not) or a few too many spoilt apples ruining the barrel, the fact is surreptitious and 'non-transparent' managing of clients' cash has been happening. There is mistrust.

Looking at the US ANA report, specifically the industry response, I agree it's sad, and frustrating to tarnish the entire hard-working, passionate and innovative industry with the same brush. However, sadly I think that brush stroke has made its mark, there's no going back and instead we need to pick up our paints and make our next mark – but a good one.

Based on the report it would be nice to think the “widespread” "fundamental disconnect" between how agencies and clients view their relationship was just the case in the US, but we all know that it's not.

I'm not saying that conflicts of interest between holding companies and clients' interests, as well as "pervasive" rebates and other non-transparent business practices discovered in the US media buying ecosystem have seeped through to every single client or agency, but to think, or claim, it's a US problem alone would be naïve.

I can say that with a degree of confidence. Here on my desk lies as an internal report from one of the big six, which outlines how its Aussie agency can seek to increase revenue from a client. It was leaked to me and isn't the only one of its kind.

One of the bullet points begins: “Through indirect support services such as xxxx (names internal agency hub) and “through media rebates, discrete mark-up opportunities and retained non-invoiced bookings”.

I'm also reliably led to believe that one of the biggest agency players in the market created about $58 million in rebates/value banks in 2014 and some $52 million in 2015 – and that's excluding any programmatic aspects, arbitrage or mark-ups.

Another source left one of the larger media groups as, in his words, the level of deceitful actions no longer rested easy on his soul, and fundamentally, his morals.

I'm not rubbing salt in the wounds. I'm just stating what I know, have been told and have seen.

So it's not illegal, and some clients are aware, but really, can all agency groups say that each client is informed about how their business is run? Then if so why not sign a legal declaration to the client, that as of now, such media dealings will be transparent. That way we all know where we are...right?

I may get an earful from some, as I did last year with this story Ad fraud uncovered – what and how it happens (one CEO invited me to his office to discuss how much “crap” he now had to put up with from clients following the piece). This is clearly uncomfortable for some, but we need to work on how we can move forward.

Whether we need a local investigation via the MFA and the AANA isn't for me to judge, but the ANA report has stirred things up in a far more serious way than before. If the industry is going to get past this we need its people, and sector organisations, to unite and do far more than hide behind 'no comments' and 'nothing to see here'.