Political Advertising - A lesson in what not or what to do? 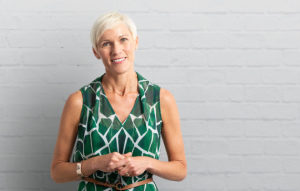 As the build-up to the Federal election continues, so too do the advertising shenanigans that go with it. Providing respite from the monotony of the media coverage, the political advertising tends to be far more enthralling than the staged press conferences and formal political debates. The punches and puns, promises and parodies, come at us from all sides and in so many different forms.

But is political advertising in Australia in 2022 a lesson in what not or what to do?

Backing the old school classics
In recent weeks on the commute to work, not a day passes by without noticing someone wearing not just a T-shirt emblazoned with their preferred candidate’s name, but often a good old fashioned sandwich board.

It’s reminiscent of the 19th century when merchants hired people to walk up and down the street wearing sandwich boards to promote a business to the potential local clientele. Today these mobile billboards might just be the right channel at the right time. They’re the human version of geo-targetted advertising, as we all sit in traffic jams paranoid about the living-with-covid commute on public transport. It may be unfashionable in every respect, but this old-fashioned medium is playing an important role in galvanizing communities and encouraging each other to get on the bus (although not literally, of course).

Social media comes with its risks
Not just geo targeted, social media with its hyper targeted benefits, is the modern version of the sandwich board. This year’s election has already seen the impact of the growth in our increasing comfort iin the digital sphere with more people registering to vote in a single day than any other before.

The emphasis on social media will no doubt increase closer to election date with the ability for the parties to get a real time read on what voters are thinking.

The real risk though currently, is using social in traditional ways.

Pauline Hanson is leading the charge in developing comms specific to chanel and has created a fun and highly entertaining cartoon series, not taking herself too seriously and as a result driving the highest engagement of all candidates.

Make it rhyme and be remembered
Another lesson in advertising comes from the stickiness of a rhyming slogan. “It won’t be easy with Albanese” is pure joy. Short, sharp and memorable – so much more so than the rather lack lustre statements of “Let’s not turn back”, “A better future” or even Clive Palmer’s “It’s time to save Australia”.

With so much money invested in political advertising for any federal election (the Sydney Morning Herald recently quoted $500m*), political parties can throw anything at us and simply hope something resonates. We’ve had Scott Morrison tell us ‘Why I love Australia’ and Albanese encouraging us to “Make more things here”. Perhaps that’s why we should stick with the rhyme. It makes the meaningless so much more memorable.

The Magic of TV
While other brands may be divesting part of their tv advertising spend into other channels, political parties recognise TV’s unsurpassed ability to deliver scale and reach fast. Our favourite reality tv shows and live sports coverage will only continue to be littered with an abundance of ads right up to the media blackout preceding the May 21 election.

With TV ads, parties get to play with both long term ‘brand’ strategies and short term ‘sales’ tactics as they respond to each other’s mis-steps and memory lapses. The ads will mock each other, appeal to our heart strings and purse strings and generally try and entertain and engage us just long enough to get our vote. The power of sight, sound and an engaged audience will never get old.

Sweating Those Distinctive Assets
Bold black type on a yellow background coupled with an aggressive tone of voice can only mean one thing – Clive Palmers’ United Australia Party. In the swirl of competitor slaying and policy promises, this is the only political party that continues to use a powerful set of distinctive assets to stand out and trigger our memories or the brand, Ehrenberg-Bass would be proud.

The power of a brand
No discussion on Australia political advertising is complete without reference to the Labor Party’s It’s Time campaign from 1972. It was brand advertising at its best, sweeping Australians up with an impassioned call for change. Although following the much-maligned formula of ‘if you have nothing to say, sing it’, the campaign inspired Australians to give Gough a go. Sure, it didn’t end well, but what a win for higher-level brand communications that capture the spirit of the times.

To date in the 2022 election campaign, its Clive for the win in working the power of the challenger positioning while the other brands try to be all things to all people.

Whether there is something to learn from political advertising or whether this is a niche category where normal rules do not apply is largely subjective. But with so much of it surrounding us, it is certainly hard to go unnoticed.