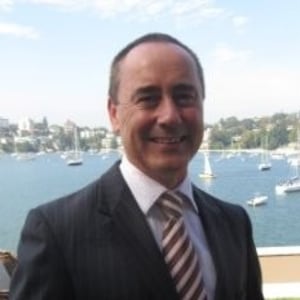 During the past few months esports has experienced yet another boom.

Global viewing numbers of the Oceanic Pro League, in which the Australian esports team LG Dire Wolves competes, have increased by 94% since the end of January. In the final week of Split 1 regular season, unique viewers for each day of competition exceeded 60,0001.

The increase in audience and suspension of many traditional sports in Australia has no doubt caught the eye of many companies. According to industry analysts Newzoo, global esports revenues will grow to US$1.1 billion in 2020, a year-on-year growth of +15.7%, up from US$950.6 million in 20192.

Of course, interest in online gaming is nothing new. During the past four years LG has been working with leading local esports team LG Dire Wolves, we have seen steady growth in audience and, for us, more importantly a connection with the LG brand.

Nonetheless for those companies looking to align themselves with competitive gaming for the first time, there are a number of things to keep in mind when building out an esports strategy.

Gaming sponsorship, particularly online competitive gaming, was once mainly the preserve of energy drink companies, fast food companies and PC component sellers. The audience was very tightly typecast – a young male, perhaps in his early 20s who eschewed more social pursuits and spent countless hours in front of a screen.

Working with Dire Wolves we have found that more than a third is outside the 18-24-year-old demographic. Anecdotally, there has been real growth in female gaming audiences - as well as older active fans.

For marketers, taking on an esports partnership means thinking more broadly about the potential audience. It also opens-up a degree of micro targeting not previously considered before – using the same esports channel or sponsorship, brands can look for ways to engage with everyone from younger female gamers still at university, through to older professionals seeking a more recreational experience.

There are other elements to consider when looking at audience segmentation and communication – the games themselves. A fan of Role Playing Games has a very different type of interests and needs than a racing simulation game. Even within the same genre, gaming tribes are extremely unique in their interests, communication channels and even engagement with brands.

In the same way an AFL sponsor wouldn’t dream of using a Carlton football star to win over a Collingwood crowd, it’s important that companies get to really know the nuances of their audiences and the games that they love so much. This level of understanding creates a degree of authenticity that many esports fans see as critical.

At LG this means working really closely with not only our partners such as LG Dire Wolves but also their own community base. Being an active listener and participant in the forums builds up a degree of trust that arguably can’t be found in engagements with more traditional sporting codes.

The growing popularity of esports has a lot to offer brands, perhaps now more than ever.

With a willingness to set-aside any preconceived notions of what gaming or gamers ‘are’, as well as taking an active role in their community, companies can build up deep and meaningful relationships with this increasingly important audience.