Off Brief: Prince among men 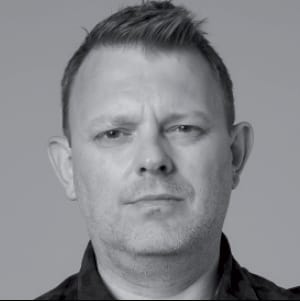 Apparently Prince was a huge fan of the 3M range of products. From Scotch Precision Ultra Edge scissors to MagicTape dispenser rolls, it seems he simply couldn't have written such seminal tracks as 'Purple Rain' and 'When Doves Cry' unless he could scribble his lyrics on handy, peel-off multicoloured Sticky Notes.

Well, I assume that's the case. 3M's decision to add a griefstricken little teardrop to their corporate logo after colouring it purple does imply a certain tacit connection between one of the world's greatest ever rock stars and the multinational conglomerate - other than the fact that they both came from the same state. 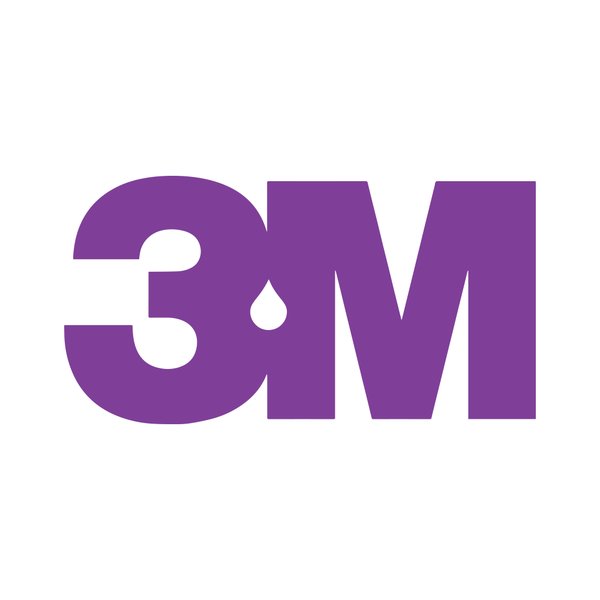 It does seem that within hours, Prince's tragic death became the hottest brief in advertising and finding a connection, no matter how tenuous, was the singleminded proposition.

Pringles, not normally associated with highly sexual guitar-based rock, tweeted 'Even our popping stopped today.' Cottonelle toilet paper followed soon after with 'Our clean ripple design will pick up almost anything except our broken hearts.'

The absolute outpouring of grief on social media should have been seen as a dire warning as opposed to an opportunity to capitalise, and the furious reactions on Facebook and Twitter quickly reminded the brands that the public knew what they were up to - in this case something akin to slapping an Uber logo on the coffin. (Uber shamelessly reminded people that 'Rides were still available’ to Paisley Park #legendofrock.)

To quote a conversation that I'm sure happened in hundreds of boardrooms across America,

"This is a unique opportunity for us to mirror the feelings of our demographic whilst connecting with an artist not normally associated with the brand and doing so with minimum spend and maximum reach."

Possibly the most shameless tweet came from Getty Images.

After sadly writing 'Often imitated, never duplicated,' it posted a link to an image of Prince that could be purchased, presumably so other brands could create their own tear-spattered purple tribute. 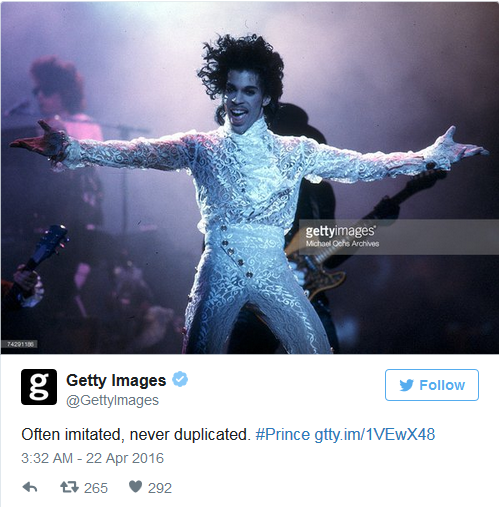 It's desperate, it's sad and it shows how human dignity soon makes way for desperation. By trying to show some sort of human connection, many brands showed just how out of touch they really were.

An hour before Prince died, any of these posts would have been immediately subject to a multimillion dollar lawsuit from a man famous for absolute privacy and a lifelong aversion to seeing his brand associated with anyone else's. An hour after he died - fuck it, it's a tribute.

He was absolutely right.