Nothing seems right in cars 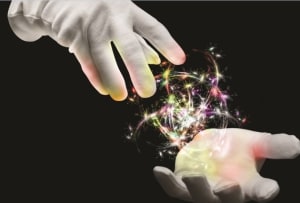 The Image: A Guide to Pseudo-Events in America, by historian Daniel Boorstin, was first published in 1962. In the influential book, Boorstin coined the term pseudo-event to describe the modern news cycle, but in time it has become more of a postmodern prophecy. Boorstin defines The Image as a "spectacle". The media event that creates news rather than being simply reported. In 2020 the pseudo-event retains and expands on its four original principal attributes:

1. It is not spontaneous but comes about because it has been planned, planted, or incited.

2. It is planted primarily for the immediate purpose of being reported or reproduced. Therefore, its occurrence is arranged for the convenience of social media and news media.Success is measured by how widely it is published and replicated. The question ‘Is it real?’ is less important than ‘Is it newsworthy?’

3. Its relation to the underlying reality of the situation is ambiguous. Without this ambiguity, a pseudo-event cannot be very interesting.
4. Usually, it is intended to be a self-fulfilling prophecy.

(Through this lens it’s hard not to view the entirety of the Trump presidency as one long pseudo-event, likewise the woke-royalty golden couple Meghan and Harry.)

Or else take it to the streets.

These media would transmit that message at their own time, not instantly.

Today, media is both interactive and real-time, specifically social media.

Events happen in space and time that is shaped by the available media - the perfect conditions for the pseudo-event.

When KFC ran out of chicken and had to apologise to their customers, they took out full-page press ads in newspapers. For this reason alone, the apology could be ‘trusted’ to a degree. It’s the extravagance of the gesture that can contribute to advertising effectiveness by increasing credibility.

You have to put your money where your mouth is.

Press ads are expensive, and consumers intuitively know this.But KFC’s apology was a pseudo-event, explicitly designed to get traction in other news media and on Twitter. The underlying situation was ambiguous. Did they really run out of chicken?

Nike’s Kaepernick poster, Gillette, Fearless Girl, Brewdog’s "Advert" and countless others are all pseudo-events. Arranged for the convenience of social media and news media.

The debate around the McDonalds "type sandwich" billboards raged among the chattering classes of adland Twitter.

However, the only images being distributed were clearly studio mock-ups. Did the campaign even run in paid outdoor media? It's ambigious. Whereas reach could once be bought it now must be obtained. By being reported and replicated.

The rules have changed, but the game remains the same. As we used to say back in ye olden days of social media; if it doesn’t spread, its dead.

Italian sculptor and installation artist Maurizio Cattelan had a reputation for being a bit of a wag on the contemporary scene.  Outside of the Artworld bubble no-one else knew of him, until 2019.

Cattelan’s Comedian, as everyone now knows, is the banana, duct-taped to a wall. But the artwork is the pseudo-event, not the banana. Self-reflexivity!

Borrowing the language of start-ups, the work is now being called "the unicorn of the art world". Being good in business is indeed the most fascinating kind of art, as Andy Warhol famously noted.

If postmodern advertising acts primarily as publicity (not persuasion) so too Comedian was pure publicity for Maurizio’s brand rather than an artwork. And it was both. Now half the world knows his name.

I’ll put 50 bucks on the "mysterious" BMW with the COVID19 number plate that has been "found", parked for months at Adelaide airport (and widely reported on) as a cheeky postmodern trickster art installation. A pseudo-event arranged for the convenience of social media and news media.