Navigating Web3: A map for marketers 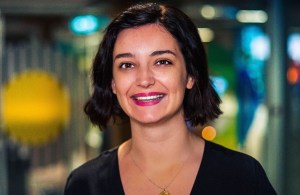 Caitlin Hislop, head of strategy at We Are Social

In 2021, a host of new, fringe technologies moved into the mainstream. Crypto became a buzzword after Bitcoin’s value surpassed $1 trillion in market value in February. A month later, NFTs grabbed everyone’s attention after a digital collage by artist Beeple sold for $69 million at venerable auction house Christie’s, their first sale of this kind. Perhaps the biggest signifier came later in the year when Facebook rebranded to Meta in October, announcing Mark Zuckerberg’s intention to future-proof the social media network.

Suddenly these technologies appeared to be everywhere under the umbrella term of ‘Web3’, sparking a mass attempt to understand them. So, what exactly is Web3? Fundamentally it’s defined by decentralisation, a guarantee that in the next evolution of the internet, users will be able to take complete control of their personal data. It’s worth noting that Web3 isn’t a whole new world - many of the technologies that underpin it have been around for decades.

There are several cultural factors powering the demand for a decentralised internet. Firstly, it’s a generational thing. Gen Z are the first group to wholly exist in the digital era, learning and socialising via games like Minecraft, Fortnite and Roblox, and platforms like Instagram, TikTok and Snapchat. Secondly, institutional dissatisfaction has led people to seek out alternative modes of governance, one of the founding tenets of Web3. Finally it’s about digital expression, as people become more acquainted with the idea of representing themselves through an avatar that requires styling to showcase personality just like an IRL body.

While Web3 technology has entered the cultural discourse, few brands have gotten meaningfully involved. Gucci, Coca-Cola and Adidas have captured an early-mover advantage but we’re a long way away from having a clear value proposition for Web3 that has been normalised with everyday use cases. Cautionary tales have also begun to emerge, with concerns about broken trust, climate controversy and harassment delaying risk-averse marketers. It’s also important to note that most of these technologies are leaving global social media users nonplussed with 60% admitting they don’t understand blockchain and nearly 95% of NFT projects failing to mint out upon release.

That said, there is a reason to get involved now. The next iteration of the internet is coming whether users want it or not. Brands who participate in Web3 now will learn faster and be better prepared to provide more relevance and long-term benefit for their stakeholders, communities and customers. Getting into Web3 isn’t about driving fame; it’s about contributing value to the market and consumers. To help brands achieve this, we have identified four approaches to Web3 with varying levels of risk.

The most obvious solution is to use Web3 as a brand and marketing channel by creating immersive experiences and future-proofing core services. All NFT drops and in-game activations belong in this category. As always when trying something new, there are watchouts to be aware of: don’t under- or overestimate customer expectations, be mindful of what your audience cares about, and ensure you’re elevating unheard voices instead of amplifying the loudest players in the space.

A more advanced approach is to drive market innovation by connecting the physical and virtual worlds in new ways. This could consist of using Web3 to fund or support wider stakeholders in the market ecosystem, e.g. suppliers may work with environmental groups, or retailers with designers. It could also involve harnessing the benefits of Web3 to set new industry standards, such as using blockchain to enable the verification of the authenticity and provenance of luxury goods, or to add visibility and accountability to your supply chain.

A further approach involves delivering the next generation of customer experiences by actively recruiting Web3-savvy brand advocates, or authenticating and monetising fandom. Again, it’s important to ensure solutions are convenient for audiences, otherwise your efforts risk losing traction. This is an evolution of the first approach, so community platforms like Discord should be treated as collaborative spaces rather than as broadcast channels.

The final approach is using Web3 to create entirely new business models that disrupt the value chain in existing industries, thus creating new needs. Creative industries and publishers are already being disrupted by disintermediation, and many communities have already found the benefits of increased equity and power. Brands exploring this approach must work as gatekeepers to protect artists and creators in an unregulated environment.

No matter which approach you take, the important thing is to ensure that, as a brand, you are creating effective and long term value by tapping into the evolving needs around community, identity and ownership. Our progression into Web3 will see existing technologies and behaviours blending with new ones. It isn’t a step into the unknown, it’s an evolution.

wearesocial.xyz is the Web3 consulting 'layer' of We Are Social, helping brands participate in Web3 in a relevant, meaningful and authentic way.