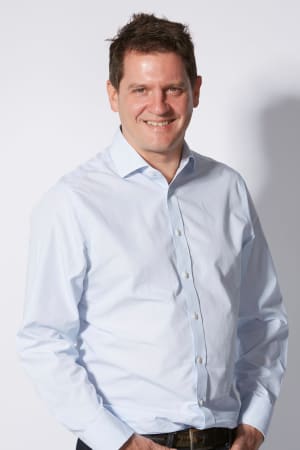 Twelve months ago, I hadn’t heard of ‘native’ advertising. And if I had, most likely I would have lumped it in with words like ‘programmatic’ and ‘big data', the plain-yet-opaque lingo pertaining to the algorithms that clip my journey ticket around the web.

I started paying attention more recently however, when US comedian John Oliver referred, George Orwell-like, to native advertising as ‘repurposed bovine waste’. Hello, I thought, this sounds interesting. When our craft arouses such ire it’s worth a little more investigation to see what all the fuss is about. Also this month, not only did a bunch of Aussie newspaper CEOs report that revenue from native advertising was growing, but Buzzfeed announced the launch of a dedicated native advertising global creative department. Like many of my peers who’ve worked twenty odd years in the industry, I love nothing more than a shiny new toy to fuel the cliché ‘advertising is dead, long live advertising’.

It turns out that native advertising is contextual advertising, designed to fit seamlessly into the surrounding editorial environment in which it is being consumed. Sounds a lot like advertorials you may say, but in this instance native advertising is apparently being created by top journalists rather than junior hacks. So the very same journalists exposing corruption in politics and breaking news stories are also putting pen to paper to sell us cornflakes at the same time. How, the critics harp, can these journalists really expect us to trust their integrity when they’re simultaneously being paid by The Man? However if we put to one side the ethical pros and cons of native advertising for a moment, it’s worth focusing on a couple of positive contributions that I think native advertising’s rebirth will bring to those of us working in creative agencies.

Firstly, after years of hearing that the visual narrative has overtaken the written narrative, it’s thrilling that excellent writers will once again be employed to reel us in with their scribbly black prose and chutzpah. Howard Gossage would most definitely be proud.

Secondly, and most importantly, it will teach us to properly look again at the strengths, weaknesses, characteristics and unique properties of the wonderfully varied media around us media that has become disproportionately homogenous in the eyes of us creative agency folk. For too long now, the dreaded ‘media neutral idea’ has become a false idol in advertising. The noble intention of creating brand ideas that can engage us at every touchpoint, has instead been derailed by the rather more pedestrian ambition of executing visual consistency across all media. This has had the effect of relegating our media to a single blank sheet of paper. It has become far too easy for TV-led creative campaigns to extrapolate a key visual, put it in a box, and hey presto, that’s your press, poster, banner and door drop all sorted.

The current Vodafone campaign is a good example of this. I’ve not seen the original on TV (which is where I imagine the campaign was birthed). So when all I see is what looks like the same image of some young bloke in a purple jacket with a phone in his hand in every poster, Qantas head rest, newspaper and banner ad where our eyes meet, I’m sorry, but I’m simply not learning anything new here. When all the work is placed on a wall it probably makes someone in the finance department happy that the campaign is achieving consistency, but it’s a woeful waste of the unique properties that our media has to offer in the creative storytelling process.

I believe, therefore, that if native advertising achieves anything, it should be to force us instead to create stories that make the most of the media in which they appear; to thrill us on TV, educate us on mobile, empathise with us in magazines, challenge us in posters, and play with us on Facebook. And assuming we can ensure that this advertising is transparent and not pulling the wool over anyone’s eyes, native advertising will make a fine contribution to the ever-changing, wondrous and creative craft we all love to work in.