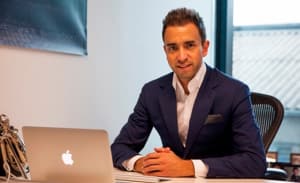 The current case in point over the impending ACCC’s ruling around Rupert Murdoch’s intentions need to not only be fact based but more importantly looking at the future of Australian media ownership in this country. Whilst we now wait for the ACCC ruling, the wider debate is looming about media reform.

We have been too cautious over the past 20 years around media ownership with the major thing being ‘reach rules’ causing growth issues for Australian media which has slowed acquisition. It's time for media reform so that Australian media can grow and compete with its international peers on a more level playing field. The facts around consumers taking control of their media consumption is clear. Options create competition and global media growth is here and alive in Australia driving online advertising spend to new highs. Due to media rules Australian media companies haven’t been able to grow and invest to compete with global media peers. It’s now time.

We are a young country, an educated country with great innovation and we should be able to take on the world in media. You can see with evolving global media giants such as Facebook, Google, YouTube, Twitter and growing platforms like Instagram; consumers are taking control of content, sharing through new media ecosystems which is single handedly driving local media spend into global platforms.

The result is local ad spend is being eroded unfairly, given that Australian media is still the number one reach platform for advertisers. Murdoch’s intentions are to ensure that Australian media is competitive once again by allowing the consolidation of content and amplification through owned media channels regardless of combined ‘reach’. We need to have bigger Australian media companies not smaller ones and removing obstacles to allow Murdoch to do what’s needed is critical to their survival.

Media reform and ownership laws need to change in line with consumer media habits and demand. The numbers tell the story: digital spend growth is out growing other mainstream media.

What does this mean? Allowances by the ACCC need to evolve through media reform to allow Australian media to take advantage of these growth areas as enjoyed by international competitors. The TEN, Foxtel and News plan is one that can take content, consolidate and amplify across digital assets to compete with companies that have the knowledge, power and the desire to ensure growth. In turn, this creates jobs, drives growth for our economy and protects our Australian media market whilst complimenting the best of global businesses.

Cross media ownership, media acquisitions, challenging the ownership map, mergers and media reform is nothing new. It's just business and about complying with the laws yet challenging the status quo and delivering growth for the market.
An industry that is at the cross roads of local growth and stability, an industry that needs investment and new thinking to combine forces and create great content that is amplified out via media that has a strong audience".

From a media agency perspective, competition and reform to the new landscape is a good thing and international media platforms are certainly creating it and doing a great job for us all, but it’s also the very thing that acts as an enabler to innovation and growth. It makes us try harder and invest more into growing and stabilising Australian media. Media reform is needed to allow Australian media to evolve, grow, invest, buy and aggregate to be the power house it deserves to be.