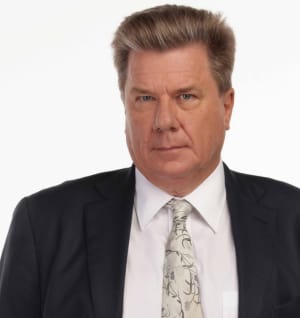 In 41 years of daily journalism, 23 as a metro newspaper editor and the past 13 as editor-in-chief of The Australian, I have been amazed how few publishing executives really understand the business and how many leaders keep resorting to failed pro-cyclical decision-making strategies.

The relationship between news breaking and analysis, circulation and demographic outcomes, ad rates and print and digital subscription revenues and, eventually, profits is not linear and does require a “tummy compass”.

I have watched smart people drowning with this and have seen my proprietor – numbers in hand and an eye to the look and feel of a product – know immediately what will succeed and what will fail.

A firm believer in casting the market research net as widely as possible, I nevertheless have great respect for those who genuinely understand the complex relationship between editorial quality and
financial outcome.

Not many hipsters have the skill, and working in an ad agency may not cut it in the world of $60 million-a year-editorial budgets.

An MBA really can’t tell a publisher what will sell and what demographic a change will appeal to.

MBAs can only apply broad-brush cost-containment principles. Consultants don’t really understand the complexity of your business. How could they?

Yet in publishing, until recently, we have let the sharp haircuts loose and they have wreaked havoc. Not for the first time business graduates have forgotten the basic lesson of comparative advantage.

Ours in the newspaper and digital news business is in breaking unique stories.

Thirty years ago the most dynamic newspaper market in the country was the Sydney afternoon rivalry between Fairfax’s Sun and News Limited’s Mirror.

A market of 600,000 papers a day was built on fierce rivalry in police and courts coverage. In the early 80s publishers started worrying about late afternoon TV soaps taking eyeballs from the tabloids.

Forgetting how they had built their readership, they plunged headlong into competing with the women’s magazine market for pieces about Kylie Minogue and Jason Donovan. By the start of the 90s there were no afternoon dailies left in Sydney – or anywhere else in Australia.

Yet today the MX franchise distributes commuter tabloids profitably to afternoon travellers across the eastern states capitals. Around the world the free afternoon commuter market, started by the Swedish Metro conglomerate, has been the print success of the past two decades with compounding 41 per cent annual advertising growth.

Just as TV did not kill radio, it did not kill afternoon newspapers. And just as publishers acted pro-cyclically when confronted by threats from TV, they rushed to drop their pants before the challenge from online publishing.

How could publishers who were making huge profits from print sales and advertising have been so stupid as to put all their news online for free? The most disruptive attack on our business model was our own pro-cyclical decision to give our journalism away for free to those not loyal enough to pay for it, but keep ratcheting up cover prices and ad rates for those who remained loyal.

And what about the outcry when Rupert Murdoch declared News Corp would get off the bus and start charging for online news?

So, today, there are a few other strategies I think we need to look at to get off the pro-cyclical train wreck that digital evangelists who did not really understand publishing have put us on.

1. Use apps to lift reader engagement and brand loyalty.The Times in London now enjoys longer engagement times on apps (45 minutes a day) than with the print paper. This will tip the advertising balance back in favour of publishers.

2. Unless you really have the scale to be number one or two, don’t get on the downhill slide in CPMs that will dictate endless downsizing of the editorial budget. Automated platform ad buying might be fine for the number one of generic news. It is death for the quality product with a strong USP in breaking news and a desirable demographic with influence and buying power.

3. Keep your pants on when they talk mobile. The eyeballs are moving there, but the revenue is not.

4. If you are working in content think about Chris Uhlman’s brilliant comment on Fairfax last week after another stupid story reverse-publishing tweet: “Typically tragic piece in Fairfax on sales interview with PM. Once proud media organisation now outsources analysis to pinheads on Twitter.”

And what of my controversial paper, The Australian?

Well it still breaks more stories than the billion-dollar ABC and all the Fairfax titles combined. It has 170,000 paying customers a day, more than at any time in its history. And having routed the Huns from MBA hipsterville, our ad revenue has been up every month year on year since February.

Our app engagement is 20 minutes a day and rising. We are ahead of budget and setting sail for a return to profit.

Our strategy? Break news across all platforms.

Concentrate on complex tasks our skilled team can do better than any other outlet staffed by kids.

And remember the rapid growth in digital revenue is growth of a pile of earnings still less than a tenth of total revenue on the Oz and a twentieth across our metros.