Learning from a Little Lad: Berries and Cream proves the possibilities are endless when advertisers embrace the unexpected 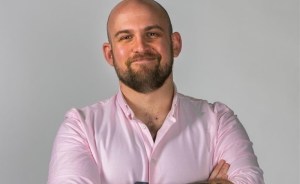 Chances are, if you’ve been on TikTok in the past couple days, you’ve seen a video featuring a Little Lad talking about Berries and Cream. The trend has spread like wildfire, going from a handful of audio beds and recreations of the original ad to hundreds of millions of views and a seemingly endless series of remixes, pairing the song with everything from SVU to My Chemical Romance to Beethoven.

The audio is taken from a 2007 ad for Starburst that features a British man dancing and singing at the thought of berries and cream. The ad was a hit then, in the early days of viral video, and has been cruising around the internet’s collective consciousness ever since.

The ad’s audio reappearing now is entirely unmanufactured, so we probably can’t give points for a 14-year-long-game to Starburst, Mars and TBWA\Chiat\Day. That said, it does provide some learnings on how brands can interact with the modern social internet - and the full scope of its expectations and opportunity. =

So, inspired by a Little Lad, let’s look at how brands can authentically participate in the newest frontier of the social internet.

Understand the true power of communities

The good news is there’s a reasonably simple formula for turning nascent communities into mutually beneficial tribes, initially outlined by Sam Hart, Toby Shorin and Laura Lottie on Other Internet, and expanded on by Zoe Scaman in her work on fandoms. As advertisers and marketers, we can use this as a starting point when talking about how to drive success on the modern social internet. In short: Community x Autonomy x Equity = Fandom.

Though not deliberate, Starburst has stumbled upon a kind of holy grail: a fandom that lives and breathes their brand icon. This community is creating a huge variety of content, because they have ownership over the output, and social equity off the back of it. While this is difficult to manufacture, by taking cues from the ways people create independently, we can start to encourage this kind of creativity for the brands we manage.

Perhaps the most challenging part of this is reframing our relationship with control. As brand guardians, we’re used to providing very specific guidelines for how people participate. While these guidelines - and brand safety in general - are important, we need to be willing to let people play to succeed.

Advertising creative and media is often informed by a demographic-lead view of the audience - and that makes sense! Taking a demographic view allows you to simplify large groups of people down to constants, and then measure yourself against performance in that group. It also makes it easy to build creative and buy media, because there’s a constant you can always come back to.

However, life isn’t as simple as that - and the social internet sure isn’t either. What connects me and the million other people watching a mashup of Radiohead and Berries and Cream is not age or gender but the combination of every other video we watched and engaged with,which is more complicated and amorphous than demographic could ever be.

This means we need to take a behavioural view,both in terms of the behaviour we’re responding to, and the behaviour we want to trigger. While we can’t anticipate every single iteration of the feed, we can identify broad trends in behaviour and start to measure them against effect rather than action.

Instead of considering how a demographic will respond, consider how a group of deeply interested people will engage, and the specifics of the trade you need to give them.

A lot has been written about TikTok’s incredible ability to bring people together and drive seemingly unprecedented action. Think of the Fleetwood Mac x Ocean Spray renaissance, the global domination of ShantyTok, or the rise of lettuce water as a sleeping aid. People are scrambling to define the secret sauce so we can harness it.

My view on it is this: What makes TikTok so successful is not the tools or the platform, but the fact it allows the unexpected to surface organically. We all start with the same audio of a British man saying “Little Lad” and “Berries and Cream” - but by adding and creating above and beyond that, there’s basically no limit to the way we can show up.

The biggest challenge for marketers and advertisers in embracing the unexpected is the thousands of creators actively seeking the edges of what’s familiar, meaning that ‘unfamiliar’ changes all the time. This means there’s a need for more bravery in how we show up, but also relentless exploration beyond the usual.

Finally, there’s a reminder here of exactly how long the ‘long-term’ can be. Just because trends can be short and fleeting doesn’t mean social advertising shouldn’t take a long-term view of how our brands show up.

14 years ago, when this ad was made and uploaded to a still-young YouTube, there was no way for the marketing or creative team to know it would end up dominating TikTok. But by investing in something that was truly distinctive, unexpected, and just a bit weird, this ad has outlasted any of the straighter ads that would have appeared alongside it.

While it’s a bit of a worn trope in advertising that we need to focus on long-term as well as short-term metrics, so much of that conversation is rooted in our approach to broadcast advertising on television. Taking that long, emotional view on how we create for, and appear in, social is vital to our future success.

Beyond all that, the hairy question is what this does for Starburst after all this time. The product, Berries and Creme, isn’t in production anymore. Starburst isn’t mentioned once in the audio. But despite that, the distinctiveness of the original ad means that there are still many people who remember it, coming out of the woodwork and driving conversation about Starburst. There’s a short window in which Starburst can respond, and claim its place in a current and fun conversation.

And more broadly,  there’s a huge opportunity for advertisers to make all or some of those shifts and really change the way they show up. Just be prepared to act quickly when it pays off.