It’s time to press play on the future of television 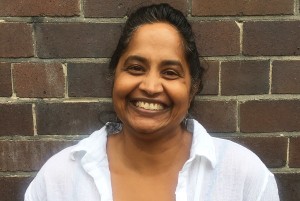 The future is not written in stone, but for television, some aspects are definitely clearer than others. Ngita Bowers, Buying Director at Kaimera, outlines a few key trends that are shaping this dynamic medium in 2022.

Unless you’ve been living under a rock, you may have noticed a few particularly newsworthy events happening lately.

Pandemic aside, there’s the war in Ukraine, a particularly hard-hitting Oscars ceremony, and devastating floods in NSW and Queensland. Have any of these events had you reaching for the remote?

If they did, you weren’t alone.

Linear TV has had a bumper year so far and it’s only April. The demand for information about global events is sky high, but is this skewing the viewership of linear TV? And is this boom in viewership sustainable? Let’s take a closer look.

Recent SMI data for the 2022 financial year reveals linear TV ad spend has jumped 16% to $5 billion, a threshold it crossed for the first time. This is clearly a substantial figure - but where is this demand coming from?

Part of it is certainly attributable to a hunger for original content, particularly news and sports. Those events I mentioned earlier may be unique, but you’re not imagining the fact that headline-making news hasn’t been in short supply lately. And there’s sure to be plenty more of it locally with the Federal Election May 21.

This desire to be informed is drawing rising numbers of people into the networks’ ecosystems, providing them with the chance to engage more closely with consumers. Which in turn makes personalised advertising all the more viable. We can see this through functions like the new voice command on Foxtel remotes, and the introduction of 7Shop.

The Netflix-shaped elephant in the room

Viewers have always been picky eaters, and with more power in their hands, they seem to get even pickier. We know the appetite is there at present, but where they choose to dine is where it gets interesting. Especially when TV no longer means a flat-screen - it means phones, laptops, tablets, and the next gadget that we don’t even own yet.

With new streaming players entering the TV space, viewers are considering which platforms, and how many, they choose to sink their teeth into. And said players are continually looking for new ways to hook new customers. Nothing says “sign me up, Scotty” quite like a free trial.

That's not the only way streaming services are getting savvy. They're also busy carving themselves into the cultural landscape by setting up their own production houses to create exclusive content. And while Netflix may be a notorious series-canceller, there are certain mainstays that continue to draw eyes and dominate the conversation with every new release - such as Stranger Things.

But how will they continue to fund this expansion? Netflix’s CFO Spencer Neumann recently pivoted from the company’s hardline “no” stance to “never say never” regarding advertising on the platform. It’s not a guarantee of things to come, but such a shift in rhetoric for the streaming giant signals change may be in the air.

Investment into embedding e-commerce with audience enhancement features feels like the next wave of innovation in the TV landscape. This is one way businesses can both improve the viewers' experience while also generating engagement and sales.

Take The X Files via SBS On Demand. The series might have first aired almost 30 years ago, yet it consistently places in SBS’s BVOD Top 10. This is a formula that allows networks to capitalise on the long tail of entertainment content, and into “fandoms” that grow, not wane, over time.

We also need to pay attention to the rising influence of e-commerce on linear TV, which has already manifested in platforms like 7Shop. Companies wishing to succeed in this space must be careful to optimise content in order to benefit the viewer, and we are seeing an increased focus on personalisation as a result. Of course, in order to personalise effectively, viewers must be willing to hand their details over - a struggle already deeply felt by digital marketers.

The TV landscape in Australia has also seen the merging of regional and metro sales houses. It’s a development with huge ramifications for advertisers, as it’ll allow media planners to strategise, negotiate and buy from networks via a single point of contact.

Because, right now, TV remains stubbornly a seller's market. For the first time in a while, we’ve had to add or remove networks, change spend shares, or extend campaign periods to capture better (or more) inventory. We’ve even had some networks not able to respond to briefs because of a lack of availability.

So the pressure is coming. Both agencies and networks will have to navigate it and really deliver. Conversations in board rooms will be all about total, holistic TV audiences, and how the networks can really show (and, more importantly, sell) the future of television as a medium.

Keeping classic linear TV affordable for clients that might not have big budgets is an added challenge. But at least it’s easier than ever to show a return on investment when the channel is getting the viewership it currently is.

On a final note, there's an old Chinese curse, “may you live in interesting times.” One look at any screen today and you'll wonder what you did in a past life to deserve 2022. But on the other hand, TV as a medium is on the precipice of some fascinating developments.