Is social media for or against magazine brands? 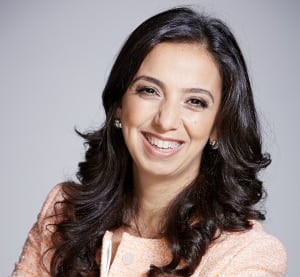 With social media entrepreneurs reaping the rewards like never before, many brands are still finding their way when it comes to understanding their role amongst the Tweets, Snapchats, posts and likes.

But social media has been an absolute boon for magazine brands. It’s been a catalyst for growth, with the latest Magazine Media 360° report from Magazine Networks revealing it to be the engine room for the majority of industry growth. Capturing all multi-platform data from 46 Australian magazine brands including print, digital and social, the latest report highlights the huge impact that social media channels like Facebook, Instagram, Twitter and Pinterest have on the magazine publishing industry. Facebook has added an incremental 9% likes while Instagram is the fastest growth at 14%, Twitter 4% and Pinterest at 2%.

Just this year, Cosmopolitan has partnered with Tinder for Cosmo’s Bachelor of the Year competition. Tinder users are given the power to nominate potential candidates by swiping right for Mr Right. Over the course of five months, Tinder will take male and female users through the nomination and voting process via branded profile cards. Playing on the multi-platform approach, the partnership with Tinder will also be supported across Cosmopolitan's print, digital and social media platforms.

Another great example is Inside Out’s 'Search for a Stylist'. It's is a social-first campaign designed to support both local talent and online retail that has been running for three years. At the start of the campaign seven up-and-coming stylists are selected and then the Inside Out audience is invited to either enter themselves or a friend as a wild card. All eight Search for a Style contestants then come together and are given four hours to style a 'mock' Inside Out cover using the retail partner's product, working in an Inside Out studio with the editorial team and photographers.

The eight covers are featured on the editor's letter page in the magazine which kicks off the voting. Videos are created alongside the cover shoots and are used when the team blast out the covers over the period of a month. The Inside Out audience vote for their favourite 'cover' via a Facebook app, and then the winner gets the chance to work as a stylist for both Inside Out and the retail partner. Contestants are encouraged to help spread the word about their cover, leveraging the full network of the industry 'stars'. The biggest win for all eight stylists is the exposure across all of the brands platforms.

Magazines continue to drive innovation across social media channels, with multi-platform publications reaching more Australians than ever before. It’s such a rich and vibrant opportunity to engage readers with content when, where and how they want it.