Is resilience the most important skill a creative can have? 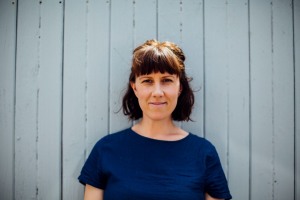 As creatives we’re used to rejection. Once-loved ideas are cast off as easily as the memory of last week’s hangover, as we buoy ourselves up for another re-brief, another late night, another round of creative. But sometimes the sting of rejection hurts more than others.

Dave (*not his real name), is a senior art director based in Sydney. We caught up over a beer (*real beer) to reflect on his day (*real bad day).

“I worked all weekend and didn’t see my kids, then had a review that tanked. The junior team got their idea up and I feel like a loser.”

Now this is just another day in the office of any agency, but when you’re the one on the receiving end it can hurt. That feeling of rejection - that kick in the guts that confirms your suspicion that you’re not good enough - is a feeling that recent studies have found to set off the same pain sensors as physical pain.

To compound Dave’s hurt, it wasn’t only his ideas that were rejected - and the family time he’d forfeited - he also experienced a social rejection by being pushed down the metaphorical creative hierarchy, as the junior team leap-frogged ahead.

In his book Resilience: Facing Down Rejection and Criticism on the Road to Success, creative coach and psychologist Mark McGuiness helps us understand the pain of public critique and social rejection by pointing to a study on monkeys.

Like humans, he writes, monkeys are hierarchical creatures, and their body language reflects their place in the pecking order. “Every time a monkey moves down the (social) ladder, its nervous system downgrades itself.

And its chances of survival shrink a little more. So each time you are publicly criticised, you feel as though your social status is slipping a notch or two… which is why rejection or criticism feels like a matter of life or death, however much you try to tell yourself it isn’t.”

The thing that really keeps us on our toes in the ad industry - and I don’t mean in a good way - is a fear of that ultimate social rejection, redundancy.

Redundancies are generally made for commercial reasons, but it sure feels like a kick in the guts when you go from having a place to visit daily with company you enjoy and a pay packet to boot, to scrounging your book together and knocking on agency doors.

It can lead to a deep sense of insecurity that’s hard to kick, so when lesser rejections happen—a job not getting through, losing out to another team, being left off a brief—the fear beneath it all can be “am I about to lose my job?”

We might not speak of it, but most of us have an innate understanding of the hierarchy in our creative departments. We know who the top guns are, who’s the most awarded, who’s getting the most work made.

And if we’re aware of others’ status, we’re even more keenly aware of our own position in the pecking order. Being taken down a notch can burn, even though it’s possible that nobody else is giving it a second thought.

While rejection can hurt, it’s how we react to it that’s the most important thing. Do we wallow in self-doubt (and beer), or do we use it to propel ourselves into greater heights of creativity, to show the world what we’re made of? No one succeeds first time every time, and no one gets great without rejection.

Steven King has famously talked about the nail on his wall that wouldn’t support the weight of his rejection slips. He replaced it with a spike and went on writing.

I’ve heard of briefs that have gone on for three years, one de-brief following the next re-brief. Such a process rarely leads to a great creative output, and even the most resilient creative would start to crack.

But many ads have been made better and more original through battling rejection. When Monkeys ECDs Ant Keogh and Grant Rutherford worked on their famous Carlton Draft Big Ad back in 2005, rejection propelled their idea from great to, well, BIG.

Originally sold in as a parody of a Qantas spot, the idea was rejected because of the brands’ business relationship. In response to this rejection Keogh and Rutherford re-evaluated their work, going back to the client 24 hours later with The Big Ad - a commercial that mocked the entire genre and took out pretty much every piece of metal across the world that year.

Steven King; Ant and Rubba. Just some of the big names that have fought rejection and gone on to achieve great things. It’s useful to be able to take rejection and have it light your fire.

A study into social rejection and its impact on creativity was done by a Johns Hopkins University business professor back in 2012. In her paper Outside Advantage: Can Social Rejection Fuel Creative Thought Professor Sharon Kim found that rejection can indeed give birth to greater creativity, for some personality types.

In a series of three studies, Professor Kim ensured participants felt rejected from group activities before having them work independently. She found that those who demonstrated themselves to be highly independent people performed better after being rejected than when included.

To deal with daily rejection you need to be armed: with independence of self (or self-belief), a driving ambition or even just a deep fear of failure (a personal favourite of mine).

You need your resilience to be grounded in something. But are these skills we need to be born with? Or could it be as simple as getting a sense of perspective, something to allay that kick-in-the-guts feeling that comes after a favourite idea is rejected, or a campaign is passed over for another teams’.

I turn again to Mark McGuiness of Resilience. Having guided countless creatives across various fields through their insecurities over the years, he has a lot to offer on the subject and is an advocate of mindfulness, or doing nothing for 20 minutes a day.

Back at the pub, and I pass this on to Dave, who rolls his eyes at me. But he puts down his beer to listen when I read out how the sort of outcome that McGuiness promises:

“On the one hand you feel much more vividly aware of your thoughts and feelings, but on the other, they don’t affect you as much as before. It’s as though you are holding them at arm’s length, yet without becoming detached from them.

And this changes the way you experience both rejection and criticism… you don’t take them so seriously or personally; you start to see them in perspective.”

You can publish some of the side projects you’ve been working on without fear of a client putting a big red cross through it, and hear other people’s stories that might help you forward.

Or not. Who knows, maybe we’ve had it right all along and the answer really is sitting right there in front of us. At the bottom of a glass of beer.

The was first published on Gabberish, which was founded by The Monkeys creative Siobhan Fitzgerald, as an outlet for stressed out creatives.