How VR plans to bring back the living room experience 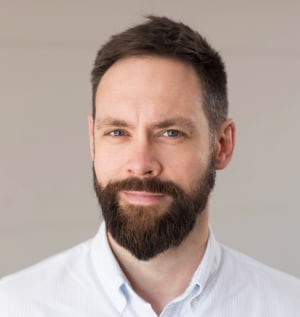 This might seem obvious and a little prosaic but hear me out. Resistance to change and superior customer experiences has proven time and time again to take the rug out from under entire industries. Just ask Nokia and Kodak. Even now we’re seeing it with the German auto industry being slow on the uptake when it comes to electric vehicles.

Plonking ourselves on the couch and turning on the TV has been universally understood accepted relaxation for decades. The content we consume, however, has morphed considerably in the past few years. What was once free-to-air has been challenged by subscription services and professionally polished, studio-developed video has been shaken by influencers with phone cameras. But the almighty TV? That which we face our couches toward in reverence? Sure we glance down at our phones but the TV is staying, right? Well, I’m not so sure.

A few months back I visited Facebook and had a chat about its latest headset, the Oculus Go. It represents another step in pushing more digestible Virtual Reality (VR) product into more hands. It’s cheaper than their other product and doesn’t need a PC to run. It’s completely standalone so it doesn’t require you to stick your phone into it and fry your battery whilst riding a digital rollercoaster.

The hardware is comfortable and relatively affordable, but the bigger revelation was some of the apps launched with it; apps that let you watch TV or live events such as sport or music festivals.

The Go launches with a few big content partners having thrown their hat into the ring: Netflix, ESPN, Showtime, Hulu and Red Bull TV, to name a few. This isn’t a standalone observation either, Google is working with NBC on VR content and narrative-based VR studios are closing more funding deals and A list talent names as the year progresses.

But why? What is driving persistence here? Well it’s because there is a revolutionary experience on the horizon. An experience that will soon connect humans and their entertainment in far deeper, more memorable ways. The big guys have figured we need to keep pushing to get in the game. If you asked anyone 12 years ago whether they could imagine a full screen mobile with a high-resolution interface that connected you with the world in the most intuitive way yet, they’d probably say “yes but it seems far off”. If you asked me if I’d like to teleport myself into a surround-sound, cinema-like experience on my next cramped flight instead of watching a dull, fingerprint smudged screen on the back of a seat, I might also say “yes but it seems far off".

We now have the opportunity to invoke telepresence so that you can truly sense other people around you, be it loved ones or fellow fans cheering on your team. This might sound odd but consider it wasn’t long ago that a phone call was the closest people could feel whilst countries apart. We now harness videocalls and its effect on human connected experience has been transformative.

I believe that the exact path of some technologies can be hard to forecast but when the potential is revealed in what it means for human experience, the certainty of that technology’s development becomes a lot clearer. Most people who have a good initial experience with VR walk away with a defined memory of something unlike anything else. If you can connect with an audience in a way that makes them remember something that happened to them and not simply something they saw, then you have much more potential to deliver impact.

We’re seeing more proof that technologies like VR can offer experiences that range from highly interactive to completely passive and now, increasingly social. Our own research at Publicis Media has shown that initial reactions to earlier VR experiences lacked that watercooler moment; people being able to connect and share experiences. It seems to me now that VR could not only bring the living room experience into the headset but bring relatives and friends from all over the world into that room too.

For broadcasters, I see an inflection point approaching. With sports and news programming starting to integrate this further over the past few years, connecting all this capability into a deeper world with the viewer means much richer, smarter, integrated content is on the horizon.

With almost limitless creative interpretations of this and exponential improvements in hardware, for me the path forward is becoming clearer.