How to fix a failing marketing campaign 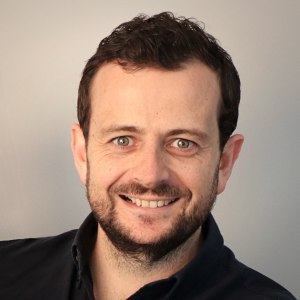 James Lawrence, co-founder of Rocket Agency co-founder, offers practical tips on how to resuscitate a marketing campaign that appears terminal

I’ve previously argued, marketing is, if not an art, then at least an inexact science.

Unfortunately, philosophical observations about the persuasion game aren’t much comfort if you happen to be running the agency that’s devised the dud campaign which is now at risk of losing a lucrative client.

Likewise, if you’re the in-house marketing director who’s contemplating the career-limiting consequences of having hired the agency that delivered the dud campaign. Or if you’re the business owner who’s witnessing tens of thousands of marketing-budget dollars being sprayed up against the wall.

Fortunately, if the key stakeholders are willing to forego the temptation to finger point, arse cover and prevaricate, it is often possible to un-dud a dud campaign with what I’ve dubbed E.X.T.R.I.C.A.T.E -

E.X.T.R.I.C.A.T.E yourself from marketing failure

If you’re not getting the results you expected from a digital marketing campaign, pay attention to the following.

Expectations
These need to be ruthlessly managed. The root cause of many ‘failed’ campaigns is a failure to set clear and achievable expectations from the get-go.

Xperimentation
(I know, but you try finding a relevant word starting with X to make the acronym work.)
Too little or too much experimentation can be kryptonite for a campaign. So, if you’ve fallen into the set-and-forget trap, consider doing some A/B testing of existing headlines and offers.
Alternatively, if you’re making daily changes to your ads and campaign settings, thereby discombobulating the algorithms that control how and when consumers see your ads, you need to chill for a bit. (See ‘Realism’ below.)

Technical issues
In case of a marketing emergency, always start with the basics. Especially if the analytics suggest something is awry. Are all the key links working? If conversions just aren’t happening on certain devices, is there a reason for that?

Realism (about time frames)
Success often takes time. I’ve been involved in many campaigns that initially looked like losers, but which eventually gathered momentum.

Insufficient effort
There’s a difference between being patient and being inactive and between being conscientious and being a perfectionist. Not everything will work. That means the marketing team needs to keep coming up with and implementing good ideas while remembering a good-enough campaign pivot implemented quickly is far superior to a ‘perfect’ one that never gets rolled out.

Change
A campaign that was kicking goals in June can be an embarrassment by July if the competitive landscape shifts. Every business should keep a close eye on key competitors and consider how competing marketing campaigns could be tilting the playing field.

Assets
Subpar marketing assets are the most common and intractable cause of campaign failure. Consumers usually have plenty of options. That means marketers may have to drop some ‘Your baby is ugly’ truthbombs about the competitiveness of a business’s marketing assets if a campaign is to succeed.

Traffic
You want the quality kind. This requires paying ongoing attention to where prospects are coming from and what they are doing once they enter the funnel. This data should then be used to fine-tune targeting and tweak the mix of channels being used.

Equanimity
Sometimes smart people work hard to create a campaign that looks great on paper, but which runs into an insurmountable obstacle in the real world. Good marketers are level-headed enough to accept that some campaigns are unsalvageable and need to put out of their misery ASAP. And that, post-mercy killing, all involved need to return, beaten but unbowed, to the drawing board.

Whatever the reason, we need to get one thing straight: Marketing campaigns fail. Hopefully not often, and hopefully not for long. But it happens. In that case, it’s best to review your campaign, be agile and move forward from failure.