How to be a thumb-stopper: Aussie brands doing it best on Twitter 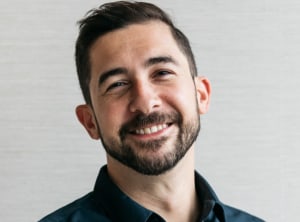 Technology is constantly changing the way we communicate. From the emergence of abbreviations like ‘lol’ and ‘omg’, to the creation of emojis and even coining whole new meanings for words like ‘follow’ – technology has enabled language to become more diverse.

Twitter is a prime example of how language is evolving. Once a text-based platform, Twitter is now home to a treasure chest of written, visual, and most recently oral language. It’s the platform for people to come together using memes, GIFs, polls, audio recordings and everything in between, to have conversations and be a part of what's happening in the world.

As language continues to evolve at breakneck speed, brands are having to adapt quickly to stand out and to connect with their audience. A new study from WPP ANUZ and Twitter - The Secrets & Lies of language: The New Rules of the Game - set out to explore the evolution of language, and highlight the ways in which brands can thrive in the internet era.

The research found that it’s no longer about brands being show-stopping but rather thumb-stopping - when a piece of content is so attention-grabbing, it causes a user to stop scrolling. Exploring the key pillars of language, here are some areas on how brands can be ‘thumb-stoppers’ in our increasingly tech-centric society.

Written
Social media platforms see an endless stream of content. With around 500 million Tweets sent each day, this is testament to the small window of time brands have to grab their audience's attention. So how do brands achieve this through written language? The brands that do well on Twitter use language to effectively sound like a close friend. It is important for brands to humanise their presence on the platform; through this they are able to create meaningful conversations with their core audience.

Four in five Australians* believe buzzwords and jargon makes it harder to get to the truth of what brands are selling and nearly nine in ten* say they favour brands or companies that keep it simple. As part of the thumb-stopping exercise, brands need to be able to humanise their brand on the platform and be an active member of a community. People want brands that mirror the way they talk. Twitter’s character count is one that rewards succinct messages and straightforward communication, with conversational Tweet copy driving significant uplift for likeability and purchase intent.

@Telstra and @Maccas do this well. Both brands frequently tap into current internet culture and use “trendy language” to appear more relatable – such as McDonalds Tweeting “new mcflurry, who dis?” or this funny Tweet from Telstra “Memo to people who listen to music through their phone on public transport without headphones: why?”.

Humour is also a great way to capture attention. @VirginAustralia and @StanAU are examples of brands that have perfected this, making light of Australia’s toilet paper hoarding saga at the height of the pandemic.

Visual
Four in five Australians* agree that pictures are a more effective way for brands to communicate and social media is the perfect stomping ground for this, filled with images, GIFs, memes and videos.

And, with nearly seven in ten user sessions on Twitter* now including video, one brand that’s tapped into this trend is @Vegemite with its quirky Vegemite cooking videos. The iconic Aussie brand also consistently leverages humour, interactive posts and puts its own spin on popular memes to engage with its audience.

Visuals can be used to communicate a message that may not as easily be put into words. Tourism accounts are particularly good at this such as @Australia and @PureNewZealand, showcasing beautiful diverse imagery and videos of breathtaking landscapes to tell a story.

Spoken
There’s something uniquely intimate and powerful about the human voice; it brings a layer of connectivity through emotion, nuance and empathy often lost in text. And we see spoken language as the next frontier. We’ve already seen it with the boom of podcasts and other audio-focus mediums. It’s because these channels allow brands to unlock real, open conversations with the authenticity and nuance only the human voice can bring. Whether it's a lighthearted chat, a major product announcement, or deep conversation on a topic your brand and audience care about, brands are just starting to dip their toes into this medium.

This is why Twitter launched its live audio feature Spaces last year, and we’ve already seen the amazing new dynamic it is bringing to conversations on the platform. Free from geographical boundaries and social distancing restrictions, this is where the real thumb-stoppers will exist in the not so distant future.

Ultimately, like the way we need to regularly update our tech software, marketers need to be constantly adapting how they use spoken, written and visual forms of language. Language needs to be considered in all its forms. In a feed environment, people scroll quickly. Thumb-stopping is crucial as brands try to capture attention in a world where it’s increasingly fragmented.